Daria Gavrilova is into the second round at Australian Open 2021 - where she'll meet fellow Aussie and world No.1 Ash Barty. 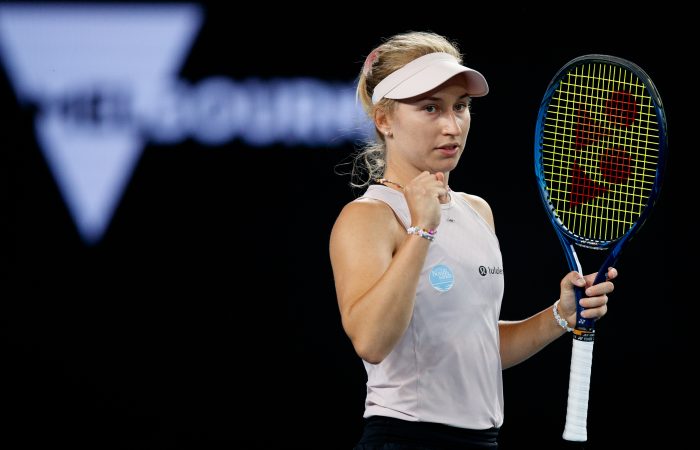 Four Australian women have progressed to the second round at Australian Open 2021 – but unfortunately for two of them, they now play each other.

Daria Gavrilova booked her spot with a 6-1 7-5 victory against world No.64 Sara Sorribes Tormo at Margaret Court Arena tonight.

The world No.387 wildcard, who is on the comeback from a year-long injury lay-off, was in impressive form.

Gavrilova fired 16 winners to the Spaniard’s two in a dominant opening set. She had to fight harder in the second, but still managed to close out victory in 92 minutes.

“I felt like the whole match was on my racquet,” Gavrilova said. “I was dictating most of the time, and I probably just went for too much in the second set.”

Gavrilova’s win, her first at the Australian Open in three years, sets up a second-round showdown with world No.1 Ash Barty.

Barty, who leads their head-to-head record 3-1 and has won both of their previous two meeting on hard court, expects the match will be a “ripper”.

“I always enjoy testing myself against other Aussies,” Barty said.

“Obviously Dasha and I, we’ve been Fed Cup team-mates for a long time now. We know each other well. Tyz (coach Craig Tyzzer) obviously coached Dasha for a couple of years, and we spend a lot of time together.”

Gavrilova admits she has “a lot of respect for Ash”.

“I haven’t played Ash in ages. It’s going to be really fun. I don’t know what court we are going to be on, but I love the big show and I’m sure a lot of people are going to come out and watch. So I’m pretty excited.”

Ajla Tomljanovic and Sam Stosur have also advanced to the second round.

It is the most Australian men to reach this stage of the tournament in 18 years.