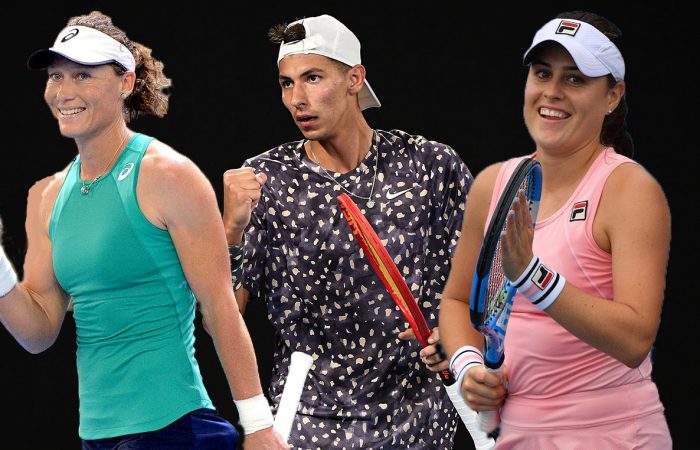 The countdown to Australian Open 2021 has just become more exciting for Aussies Sam Stosur, Alexei Popyrin and Kimberly Birrell, who have each received a main draw singles wildcard.

“I’m pretty proud of that number,” the 36-year-old Stosur said. “To have that sort of longevity is fantastic.”

The US Open 2011 champion, who has twice advanced to the fourth round at the Australian Open, last competed on tour in March. Her return takes the number of Grand Slam singles champions in the women’s field for AO 2021 to 16.

Birrell, a 22-year-old from the Gold Coast, receives a wildcard that was originally awarded to China’s Wang Xiyu. Wang has since withdrawn from the event.

World No.745 Birrell is making her comeback from an elbow injury. She had planned to play Australian Open qualifying earlier this month, but had to withdraw with illness. She has since recovered and been training hard in Melbourne, where she learned of her main draw promotion.

“I’m so excited to be back playing, I cannot wait,” Birrell said.

This is Birrell’s third Australian Open main draw appearance – and first since 2019, when she advanced to the third round.

World No.114 Popyrin has also experienced past success at Melbourne Park, reaching the third round in both 2019 and 2020.

Popyrin takes the number of Australian men in the singles draw to 12, while Stosur and Birrell’s wildcards mean 10 women will contest next month’s Australian Open.

There is one final men’s singles wildcard still available, with British former world No.1 Andy Murray forfeiting his wildcard after testing positive to COVID-19 earlier this month and being unable to travel to Australia.

The Australian Open begins on 8 February. All wildcard recipients will also compete at the Melbourne Summer Series at Melbourne Park, which commences on Sunday.

Tickets for the Australian Open, ATP Cup and Melbourne Summer Series are available via ticketmaster.com.au