Tickets are now on sale and exciting fields have been confirmed for the Melbourne Summer Series. 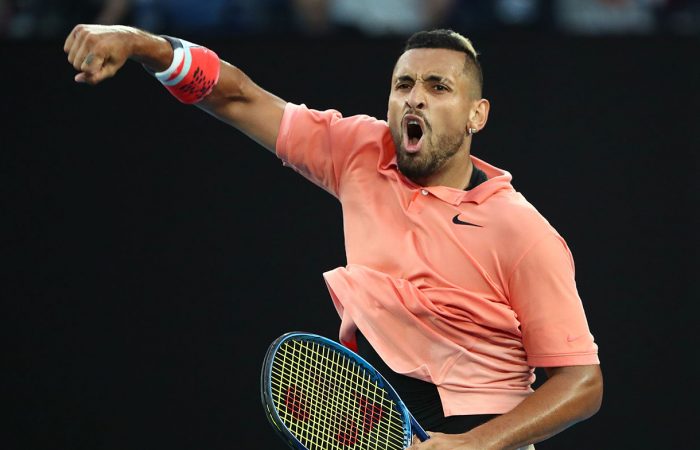 World No.1 Ash Barty and Nick Kyrgios are set to headline a blockbuster Melbourne Summer Series at Melbourne Park from 31 January to 7 February 2021.

The summer of tennis begins on Sunday, with 250 players competing for more than $2.37 million in prizemoney across three WTA 500 and two ATP 250 tournaments in the biggest ever lead-in week to the Australian Open.

Tickets are now on sale via Ticketmaster, with prices starting at $20 for adults and $5 for kids. All Melbourne Summer Series tournaments will be played in the Margaret Court Arena Zone.

The tournaments have been named to showcase six key regions of Victoria and promote the reinvigoration of the state following the challenges faced in 2020 due to both devastating bushfires and the COVID-19 pandemic.

The Gippsland Trophy and Yarra Valley Classic women’s WTA 500 events begin on Sunday. The Grampians Trophy commences on Wednesday, designed to give more preparation time for the players in hard quarantine.

On the men’s side, two ATP 250 tournaments, the Great Ocean Road Open and Murray River Open, commence on Monday.

The Phillip Island Trophy, a WTA 250 tournament, will take place during the second week of the Australian Open.

“There’s no doubt this will be an historic week of tennis and is the biggest-ever AO lead-in week we have seen in Australia. It’s an exciting prospect for fans both onsite and watching around the world,” Tennis Australia Head of Major Events Cameron Pearson said.

“While we know the circumstances are unique this year, it is a huge coup to secure such strong playing fields. I hope fans, whether onsite or watching at home, will embrace what will be a high-quality week of events.”

Players will compete for trophies inspired by iconic Australian animals that have been designed and crafted by local Indigenous artists.

The women’s fields feature 45 of the world’s top 50 in what promises to be a high-quality week of tennis.

The Gippsland Trophy will be headlined by world No.2 Simona Halep (ROU), world No.3 Naomi Osaka (JPN) and world No.5 Elina Svitolina (UKR), as well as Australia’s Ajla Tomljanovic.

Wildcards for each event will be announced in the coming days.

The ATP Cup will be played alongside the Melbourne Summer Series at Rod Laver Arena and John Cain Arena from 2-6 February at Melbourne Park.

> READ: Australia to face Spain and Greece at ATP Cup