O’Connell hoping for change in fortunes

After a challenging few months, Australian Christopher O’Connell is looking forward to competing at Australian Open 2021. 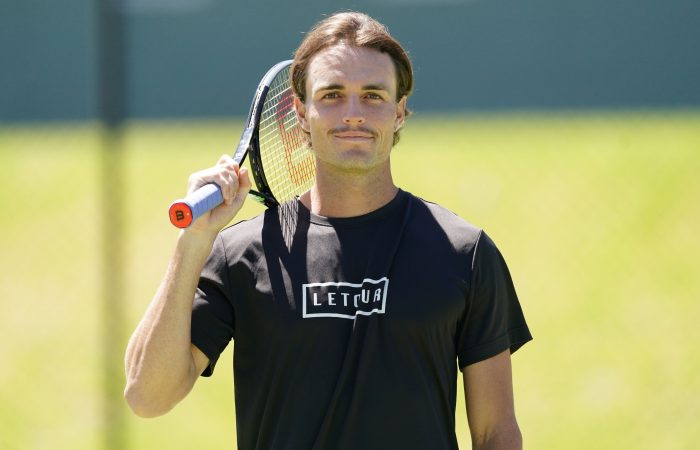 The world No.121 was one point away from a second-round victory at an ATP Challenger in Barcelona in October when he was struck down by injury and forced to forfeit the match.

“I rolled my ankle on my match point, so that sucked,” O’Connell told tennis.com.au.

Unable to compete in the final tournaments of the season he had entered, O’Connell cut short his European trip and returned home.

“I was stuck in Spain for a few days before I could get a flight back to Australia,” he said. “Then I had to do two weeks quarantine in Sydney, which was a bit of a battle with the ankle. I was hobbling around in the hotel room.”

Unfortunately, his run of misfortune did not end there.

The 26-year-old lives in Sydney’s Northern Beaches, so found himself in lockdown during December when there was a COVID-19 outbreak in his local area.

“We were in lockdown for a couple of weeks. It was pretty tough to train, as we had to stay in our suburb,” O’Connell said.

“I was lucky we have family friends just up the road who have a private hard court, so I was able to get on court there with my little brother.”

That outbreak also restricted O’Connell from travelling to Victoria as early as he had planned in January, putting his Australian Open preparations up in the air.

“I was stuck in Sydney wondering when the borders were going to open and when I was going to get here,” O’Connell said after arriving in Melbourne last week.

> READ: Getting to know Christopher O’Connell

As the wildcard entry prepares for his third Australian Open main draw appearance, he’s also hoping for better luck when it comes to first-round opponents.

In his 2017 debut, O’Connell drew 15th seed Grigor Dimitrov – who went on to make the semifinals at Melbourne Park that year.

Last year he faced No.17-seeded Russian Andrey Rublev in the opening round, who entered the tournament in red-hot form and on a 12-match winning streak.

The Aussie wildcard pushed Rublev to four sets, proving he can match it with the world’s best.

O’Connell demonstrated that again at last year’s US Open. His New York debut also marked his first tour-level appearance in almost six months, following the suspension of professional tennis due to the COVID-19 pandemic.

O’Connell made a sensational return, defeating Serbian world No.81 Laslo Djere in four sets to record his first Grand Slam main draw win. He then performed strongly against world No.5 Daniil Medvedev in the second round.

“I know now I’m capable of winning rounds in Grand Slams, so I can’t wait to get out there and compete,” O’Connell said as he looks ahead to AO 2021.

“I have had two tough opponents the last two times I’ve played (at the Australian Open), but I’m ready to play whoever I get drawn up against. I feel like I’m in good form at the moment, even though I haven’t played too much in the past few months. So I’m looking forward to it. To get out in front of the Australian crowd and to be playing against some of the top players in the world, it’s pretty exciting.”

O’Connell achieved a career-high ranking of No.111 in September and is determined to soon break into the world’s top 100. He is also hoping for better fortunes in 2021.

“Last year was a tough year – but that has made me appreciate it more when I can get on court,” he said.

“Not being able to compete is definitely harder.”