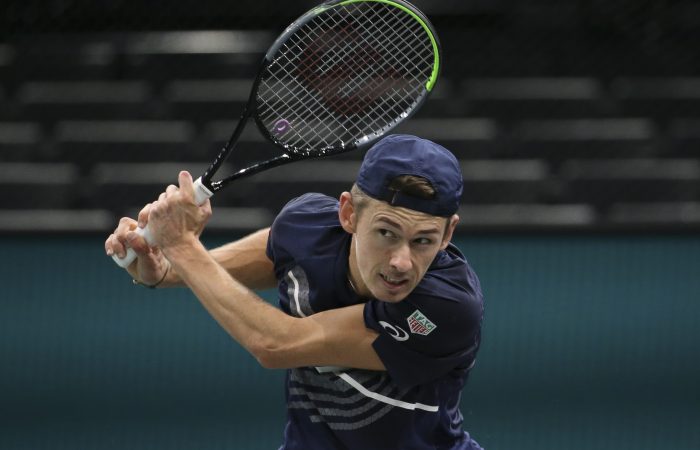 A showdown with second seed David Goffin is the reward for Alex de Minaur after storming into the Antalya Open semifinals.

The fourth-seeded Australian is yet to lose a set this week, continuing his sensational form with a 6-2 6-4 victory over world No.40 Nikoloz Basilashvili in the quarterfinals.

The 21-year-old De Minaur moves into his first tour-level semifinal since helping steer Team Australia to that stage at last January’s ATP Cup, while it is his first individual semifinal appearance since Basel in October 2019.

De Minaur defeated Goffin in their only previous meeting, in the Davis Cup Finals in Madrid in 2019.

Australia’s Ajla Tomljanovic is into the doubles semifinals at a WTA 500 tournament in Abu Dhabi.

It sets up a semifinal showdown with fifth-seeded Japanese pair Shuko Aoyama and Ena Shibahara.