Fourteen Aussies to compete on day two of AO 2021 qualifying

It is a big day ahead for our Aussie players in Australian Open 2021 qualifying, with 14 featuring in first-round action. 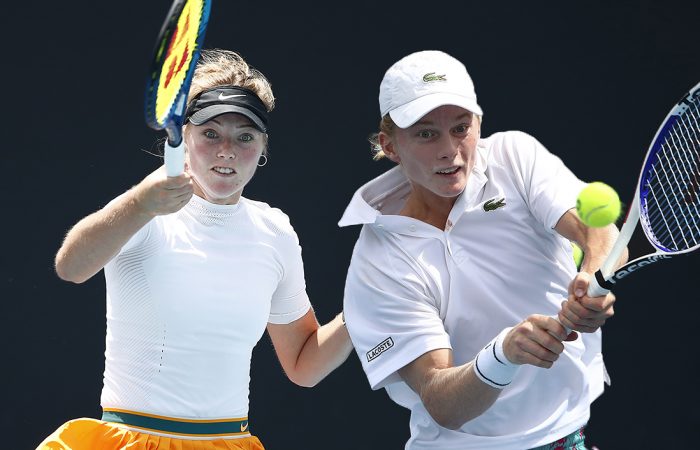 Three Australian players have advanced to the second round of Australian Open 2021 qualifying so far – and another 14 hope to join them.

Seven Australian women will compete in first-round qualifying matches in Dubai today, with seven Aussie men also on the schedule in Doha.

Storm Sanders is the first Australian in action, with her match scheduled for a 5pm AEDT start. The Western Australian has been handed a tough draw, pitted against top-seeded Slovenian Kaja Juvan.

They have played once before – in the second round of AO 2020 qualifying, where Sanders lost in three sets.

Although the rematch is played in a different location this year (an innovative solution to government-imposed restrictions on the number of players allowed to enter Australia this summer), Sanders is embracing the challenge.

“It’s a Grand Slam, it’s not just any tournament,” says the 26-year-old Sanders of competing in Australian Open qualifying offshore.

“Those opportunities don’t come around very often, (so I’m) very grateful to have the chance to play.”

There are an abundance of exciting matches for Aussie tennis fans to enjoy today – from former world No.17 Bernard Tomic beginning his qualifying campaign, to wildcard Abbie Myers meeting Wimbledon 2014 finalist Eugenie Bouchard.

John-Patrick Smith, who spent time in 2020 coaching in his home town of Townsville, takes on Italian Paolo Lorenzo – who at 39, is the oldest man in the qualifying draw.