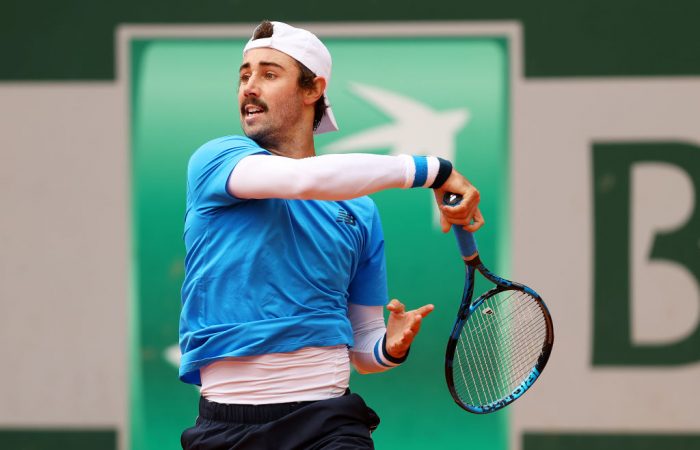 Jordan Thompson and Alex de Minaur moved smoothly into the second round of the Rolex Paris Masters overnight, with each Australian both enjoying straight-sets wins over their qualifier opponents.

The 61st-ranked Thompson was never troubled against the world No.78 Argentine, establishing his authority with breaks of serve in the fifth and seventh games. He claimed the first set in 40 minutes without facing a break point.

Serving  a total of five aces and winning 77 per cent of points on first serve, Thompson saved his lone breakpoint in the second set.

The Sydneysider secured victory in 79 minutes to set up a second-round match with No.15 seed Borna Coric.

De Minaur, the No.16 seed in Paris, was similarly efficient in his straight-sets win over Travaglia.  He saved all three breakpoints he faced and converted both breakpoints of his own in the 10th game of each set.

The top-ranked Australian man will meet Lorenzo Sonego, who stunned world No.1 Novak Djokovic en route to last week’s Vienna final, or Alexander Bublik in the second round.

John Millman, fresh from claiming his maiden ATP title victory at the Astana Open, faces Miomir Kecmanovic in the first round of the Rolex Paris Masters tonight.