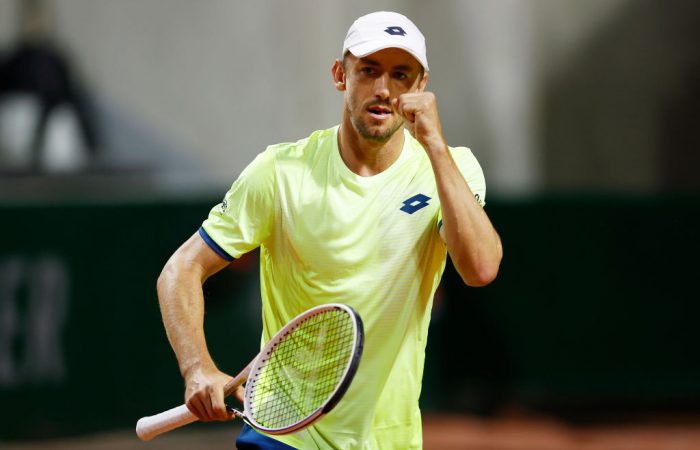 John Millman saved two match points against Tommy Paul to book a first ATP semifinal appearance for the 2020 season at the Astana Open in Kazakhstan.

The Australian took two hours and 51 minutes to record a 6-7(5) 6-4 7-6(5) victory over the American, marking his fourth come-from-behind win this year.

Millman, ranked world No.45, overcame 12 aces from the 59th-ranked Paul.

After dropping the first set and levelling in the second, Millman faced two match points at 3-5 in the decider.

He then recovered from a 0-5 deficit in the deciding tiebreak to set up a semifinal showdown with Frances Tiafoe.