Three Australian players will compete for ATP titles in Kazakhstan, with John Millman advancing to the singles final and Max Saville and Luke Saville into the doubles decider. 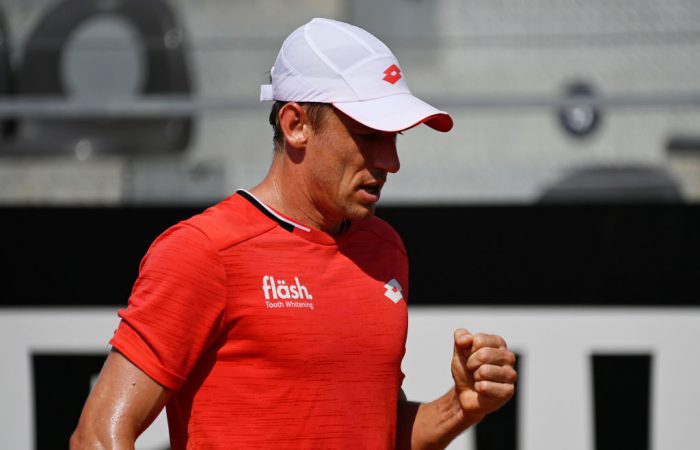 John Millman has earned the chance to compete for a first ATP title after another fighting win at the Astana Open.

Millman defeated Frances Tiafoe 3-6 6-4 6-4 in the semifinals and will meet Frenchman Adrian Mannarino in the final.

It marks a third straight year of ATP-level finals for Millman, who was runner-up at Budapest in 2018 and Tokyo last season.

The final is set at the @AstanaOpen! 🇰🇿

”It is so hard to make finals in ATP events,” said the delighted Queenslander after victory over Tiafoe.

“It has been a really unexpected surprise, but in every tournament you go out there to hopefully try and win it. I am glad I am in a position to [do that].”

Encouragingly, the Australian has won both previous encounters against his finals opponent, defeating Mannarino at the recent Cincinnati Masters 1000 event and at Tokyo last year.

New highs for Purcell and Saville

Max Purcell and Luke Saville made it a tournament to remember for Australia, after progressing to the doubles final.

They defeated Ben McLachlan and Franko Skugor 4-6 6-3 [10-5] in the semifinals and will face Belgian duo Sander Gille and Joran Vliegen for a chance to claim the title.

Purcell and Saville, who were runners-up at Australian Open 2020, are aiming to claim a first ATP-level doubles title together.