Australia's Alex de Minaur has continued his winning run in Antwerp, advancing to his first semifinal of the season. 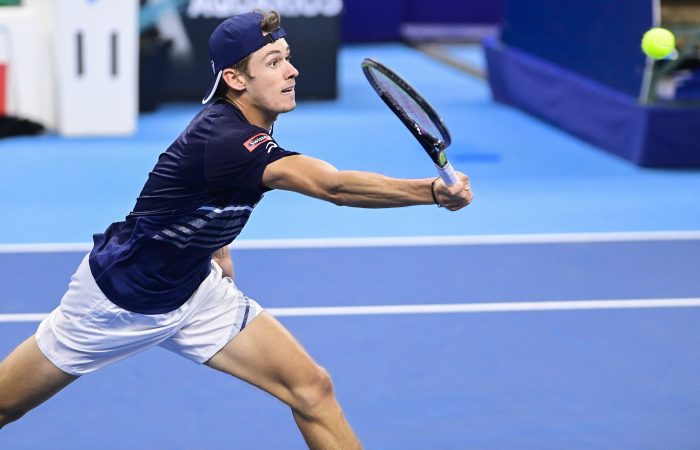 Australia’s Alex de Minaur has charged into the final four at the European Open.

De Minaur posted a dominant 6-3 6-0 victory, dropping only 10 points on serve against the No.94-ranked Giron.

Advancing to his first ATP singles semifinal of the season, De Minaur next faces fourth seed Grigor Dimitrov. The 29-year-old Bulgarian progressed via a walkover from Canadian Milos Raonic.

Dimitrov won his only previous meeting with De Minaur, in the US Open fourth round last year.

The last men standing in Antwerp 👊

Who's reaching the @EuroTennisOpen final?

Australian duo Max Purcell and Luke Saville have been beaten in the semifinals of an ATP tournament in Cologne.

Purcell and Saville were attempting to reach their first tour-level final since a stunning run to the Australian Open championship match earlier this year, however lost to the more experienced Roger Klaasen and Ben McLachlan.

The South African-Japanese combination did not drop serve in their semifinal clash.