Two Aussies into final round of Roland Garros qualifying

Marc Polmans and Aleksandar Vukic are both one win away from earning a place in the Roland Garros main draw. 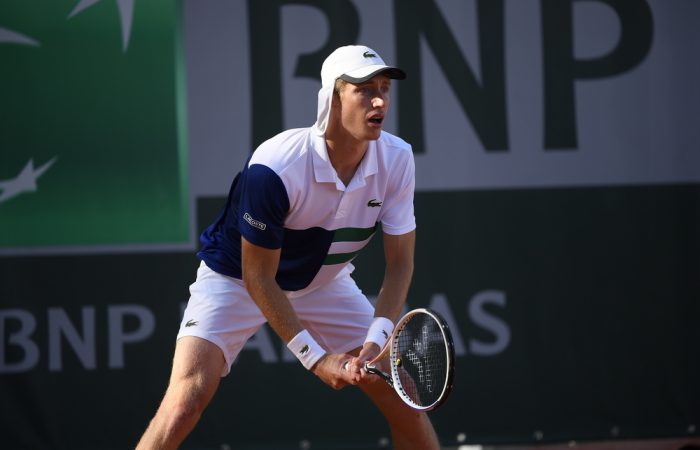 Australians Marc Polmans and Aleksandar Vukic are through to the final round of Roland Garros qualifying.

This is a career-best result in Paris for the No.122-ranked Polmans, who had never previously progressed beyond the second round of qualifying. The 23-year-old from Melbourne is looking to qualify for a Grand Slam for the first time in his career.

Polmans hit 35 winners to snap a two-match losing streak against the No.171-ranked Giannessi, recording victory in two hours and 47 minutes. It sets up a third-round battle with Brit Liam Broady.

The 24-year-old from Sydney is contesting only the third Grand Slam tournament of his career. He also made the final round of Australian Open qualifying earlier this year.

To earn a main draw debut, the No.190-ranked Vukic will need to beat No.15 seed Jason Jung of Chinese Taipei.

It was a good day for Australians in Paris, with Astra Sharma and Arina Rodionova both winning their opening round matches in women’s qualifying.