After taking out the 2020 US Open quad wheelchair doubles title, Dylan Alcott aims to maintain an unbeaten 2020 record with victory in the singles final. 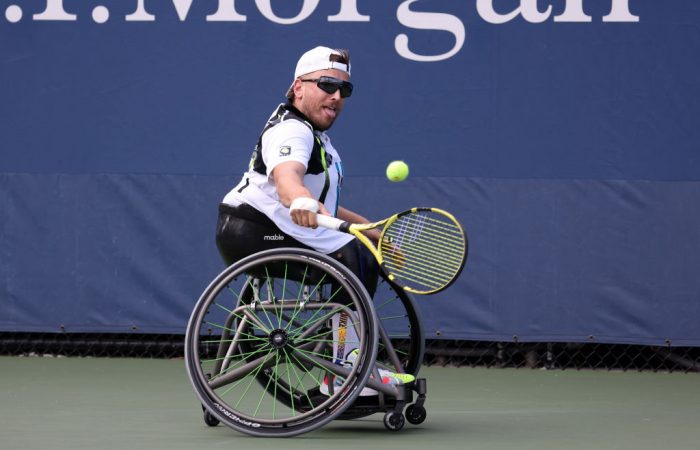 Dylan Alcott will take an unbeaten 2020 run into a fourth US Open quad wheelchair singles final, after a hard-fought win over David Wagner.

The world No.1 then combined with his close friend Andy Lapthorne to claim the US Open quad wheelchair doubles title.

After campaigning hard for wheelchair tennis to be reinstated at the US Open, Alcott is understandably delighted with the opportunity to compete at Flushing Meadows.

“I feel really lucky to be here to be honest,” Alcott told the ITF.

“I’ve got to say thank you to the US Open for understanding that they made a mistake and turning it around.

“It feels awesome to be here, and they’ve done an incredible job to make sure that we’re safe, first and foremost, but also looked after.”

Victory in tomorrow’s final would add to the many positives for the popular 29-year-old.

Alcott claimed a straight-sets win over Schroder in his opening round-robin match of the quad wheelchair singles event in New York and subsequently defeated Lapthorne 6-1 7-6(4) in the round-robin stages.

Alcott was runner-up to Lapthorne in the US Open singles final last year, denying him a clean sweep of every 2020 major title.