US Open: Alcott off to winning start

Dylan Alcott extends his 2020 match-winning streak to 11 as he opens his 2020 US Open campaign with a straight-sets victory. 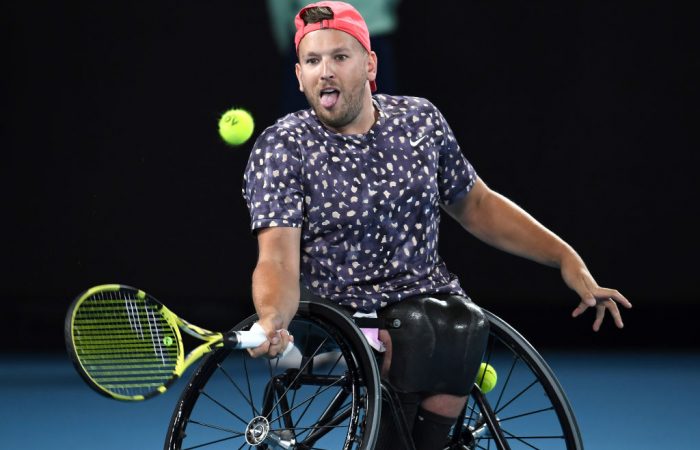 Dylan Alcott is off to a strong start at the US Open, claiming a 6-2 6-4 win over Sam Schroder of the Netherlands.

The world No.1 Australian required an hour and 15 minutes to progress against the fourth-ranked Schroder at Flushing Meadows.

It marked an 11th straight singles win for Alcott, a winner of a 10th Grand Slam singles title at Australian Open 2020.

In an all-round accomplished performance, Alcott struck 34 winners and 19 unforced errors, compared to 20 and 16 respectively from Grand Slam debutante Schroder.

Alcott, aiming to claim a third singles title at Flushing Meadows, next faces Andy Lapthorne, the No.2 seed from Great Britain.