Dylan Alcott maintains his stellar 2020 form with a win over world No.2 Andy Lapthorne at the US Open. 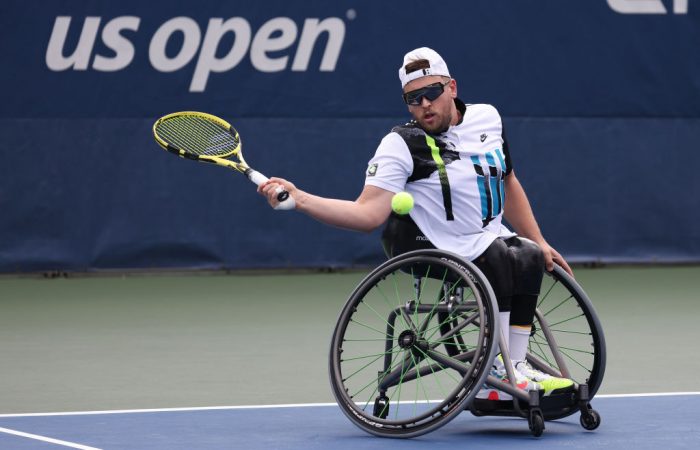 Dylan Alcott continued his winning run in 2020, overcoming world No.2 Andy Lapthorne in his second match at the 2020 US Open.

The 6-1 7-6(4) progression marked a 12th straight match win for the world No.1 Australian, who overcame Sam Schroder in his first match in New York.

Alcott took an hour and 19 minutes to secure victory over the Brit, one of his most prolific rivals.

Alcott, who campaigned strongly for wheelchair events to be staged at the 2020 US Open, is vying for a third singles title at Flushing Meadows.

Alcott takes the battle of 1️⃣ vs 2️⃣

Alcott and Lapthorne will team up in the doubles competition tomorrow, looking to defend their US Open crown.

[1] Dylan Alcott (AUS) v David Wagner (USA)
Quad wheelchairs, singles round robin, Court 11, first match (2am AEST start)
World No.1 Alcott holds a 32-14 head-to-head advantage in his long rivalry with the 46-year-old American. Wagner, from California, is a three-time winner of the US Open singles title. His most recent win over Alcott was in the final of the 2018 Japan Open.