Roland Garros has revealed the singles entry lists for its 2020 tournament, with nine Australians set to play in the final Grand Slam of the season. 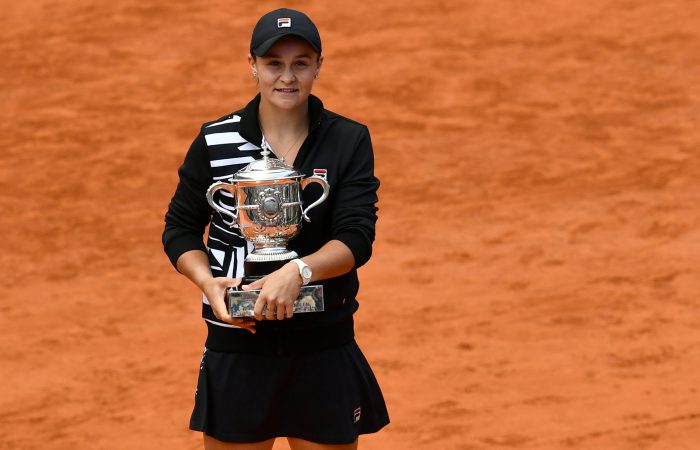 Australia’s Ash Barty hopes to defend her title at Roland Garros in 2020, entering the rescheduled tournament later this month.

The world No.1 opted not to contest the US Open due to safety concerns amid the COVID-19 pandemic, but headlines the entries for the rescheduled French Open tournament.

Normally played in late May, the 2020 tournament runs from 27 September to 11 October in Paris.

Barty, who won her first Grand Slam singles title at Roland Garros last year, is one of three Australians in the women’s singles draw. She is joined by world No.59 Ajla Tomljanovic and Daria Gavrilova, who will make her return from a foot injury using a protected ranking of No.104.

Sam Stosur, a French Open finalist in 2010, is continuing her maternity leave and will not play.

Barty, who has also entered a tournament on clay in Rome later this month, will attempt to become the first woman since Justine Henin in 2007 to defend their French Open title. Margaret Court is the only Australian woman to defend a title in Paris, doing so in 1970.

Who will play at Roland-Garros 2020 ?
Discover the list of participants ⤵️#RolandGarros

World No.28 Alex de Minaur leads the Australian entries in the men’s singles draw, joined by world No.43 John Millman, world No.63 Jordan Thompson, world No.84 James Duckworth and world No.102 Alexei Popyrin.

Nick Kyrgios has not entered.

World No.1 Dylan Alcott will return to defend his singles title in the quad wheelchair division.