In our Flashback Friday series, we look back at a career-best win for John Millman at the 2018 US Open. 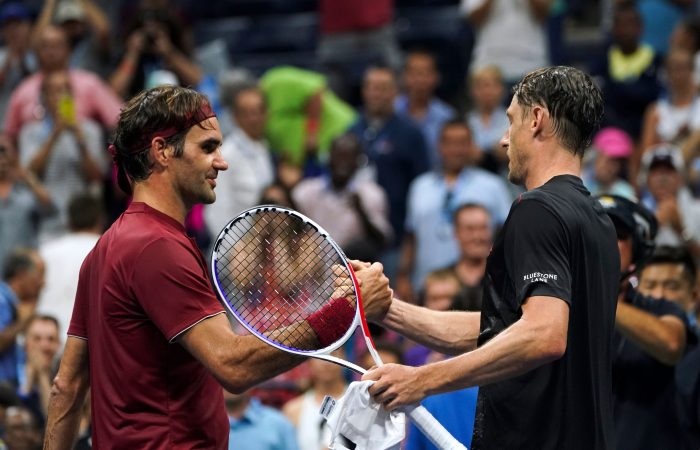 Australian fans have long appreciated John Millman’s spirited efforts – and the rest of the world took notice too when he defeated world No.2 Roger Federer at the US Open in 2018.

On paper, it looked like a complete mismatch. Still, Millman entered the match with self-belief.

“I always was of the opinion that I was in the fourth round for a reason,” said Millman, who had defeated world No.14 Fabio Fognini in the second round.

“I’ve never played anyone’s reputation. That’s been a constant with me for, you know, ever since I played the game. Because I think if you do that, then you start behind the eight ball straightaway.”

Federer started strongly, taking the opening set and serving for the second. But Millman saved two set points and reeled off three consecutive games to level the match.

The 29-year-old Australian admitted he had some initial nerves in the Arthur Ashe Stadium night match.

“It was a slightly intimidating environment,” Millman related of his first match on the tournament’s premier court.

“I was deer in the headlights a little bit. But as the match went on, I felt very comfortable.”

> Lessons from the pros: Ready for battle

Millman demonstrated his perseverance, a quality that has helped him recover from multiple career-threatening injury setbacks. He saved another set point in a third-set tiebreak, as his relentless rallying wore down Federer in stifling humid conditions.

“I’ll obviously remember this for a long, long time,” Millman said after the match.

“I have so much respect for Roger and everything he’s done for the game. He’s been a hero of mine.