Lessons from the pros: Ready for battle

Facing a higher-ranked opponent is always daunting, but as these Aussie players demonstrate, it is important to embrace the challenge. 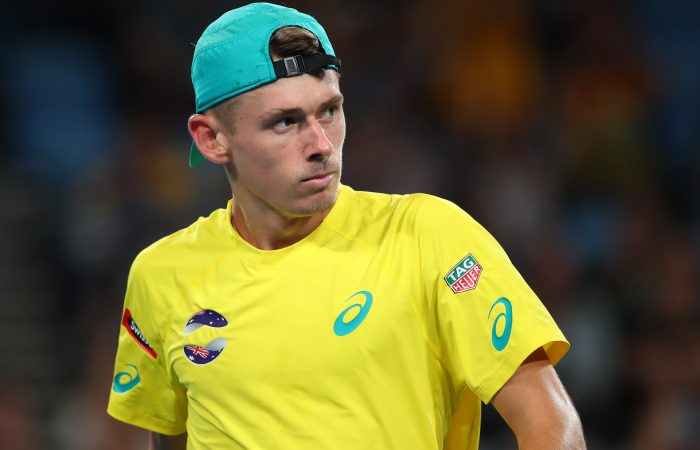 Do you feel intimidated or stressed when playing a difficult opponent? John Millman’s advice is simple – stop worrying.

“You’ve got to control the controllables. Playing someone’s reputation is not the right way to go about doing that,” the world No.43 says.

Millman has proved that on the Grand Slam stage, upsetting Roger Federer in the US Open fourth round in 2018. The Australian, then a world No.55 who had never previously advanced to that stage of a Grand Slam, did not let the world No.2 and five-time champion overwhelm him in New York. A four-set victory marked Millman’s first top-10 win.

“As soon as you start playing someone’s name rather than another opponent, you’re in a bit of trouble,” Millman explains of his approach to such challenges.

“The beauty about tennis is that you start at zero-all. When that first ball is hit, you are on even terms. But if you go out there with the notion in your head that this player is too good already, you’ve lost before you’ve even started.”

FOCUS ON YOUR OWN GAME

When Australian Storm Sanders played world No.4 Elina Svitolina in February, she learnt an important lesson.

“That was my first top-10 match-up and I think I put too much pressure on myself to do better, instead of focusing on how I can play,” admits Sanders, who was ranked No.319 at the time.

“I learnt it’s important to be confident and focus on what I can do. I tried to play too well and do too much. At the end of the day it’s just a match of tennis, but I worked it up too much in my mind to make it bigger than it was.”

After a straight-sets loss, Sanders recognised the need to approach future match-ups against top-ranked players with a different mindset.

“Svitolina’s an unbelievable player and she made me work for every point that I won. She was so calm and knew exactly what she wanted to do, so I think the lesson for me is to focus on my style and to go out there next time and do what I do best,” she says.

When playing a respected opponent, some players tend to become too passive – a trait that Jordan Thompson actively tries to avoid.

“The best advice I ever got going into a big match is that if the balls there to be hit, give it a nudge,” says the world No.64. “It’s very simple, but very true.”

There are many advantages to this approach. Hitting through the ball helps to curb nerves, making players loosen up and swing more freely. It also increases pressure on the opponent, reminding them that you are playing to win.

Nerves often hinder performances – but they can also enhance them too. World No.26 Alex de Minaur tries to use nerves to his advantage.

“You always get nervous, that’s part of it. You’ve got to accept that,” he says. “The way I try to get rid of my nerves is to bring out as much intensity as I can. Especially in the warm-up, I try to get my feet going and try to make sure that as soon as the first point is played, I’m just focused on playing another tennis match.”

That approach inspires the Australian’s fearless brand of tennis, explaining why he refuses to be overawed against higher-ranked opponents.

He demonstrated this at the ATP Cup in January, pushing then world No.1 Rafael Nadal to three sets.

“I felt like I was on another level of just intensity and how fired up I got. You know, that’s sort of the standard I’ve got to keep on bringing,” De Minaur said.

“Obviously I knew the task at hand, and I knew that if I wanted to hurt Rafa I was going to have to play like that.”

This article originally appeared in the August-September 2020 edition of Australian Tennis Magazine.