Jordan Thompson and Astra Sharma advance to the final qualifying round in their first tournament in more than five months. 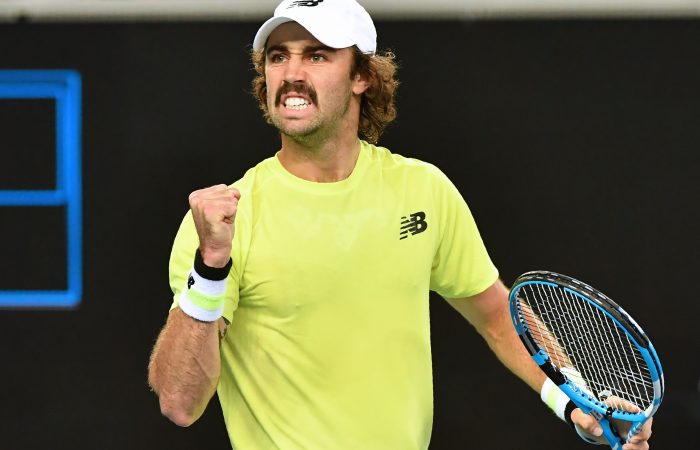 Jordan Thompson and Astra Sharma have made winning returns to the tour in New York.

Thompson, playing his first professional match since a Davis Cup tie in Adelaide in early March, scored a 6-2 7-6(2) victory against American Michael Mmoh in the opening round of qualifying for the Western & Southern Open.

The tournament is usually held in Cincinnati, but is being played in New York this year to reduce the need for player travel across the country amid the COVID-19 pandemic.

Thompson faces Italian Salvatore Caruso in the final round of qualifying tomorrow. He is aiming to join fellow Australians Alex de Minaur and John Millman in the main draw.

The No.26-ranked De Minaur will face German Jan-Lennard Struff in the opening round, while Millman makes his tour return against France’s Adrian Mannarino.

Sharma scored an impressive win in the women’s singles qualifying draw today, posting a 6-2 6-0 victory against world No.75 Taylor Townsend.

The No.126-ranked Sharma lost only eight points on serve in the 49-minute victory.

Sharma now faces former world No.2 Vera Zvonareva in the final qualifying round. She is hoping to join Australian Fed Cup team-mate Ajla Tomljanovic in the main draw, who plays Russian Veronika Kudermetova in the first round.