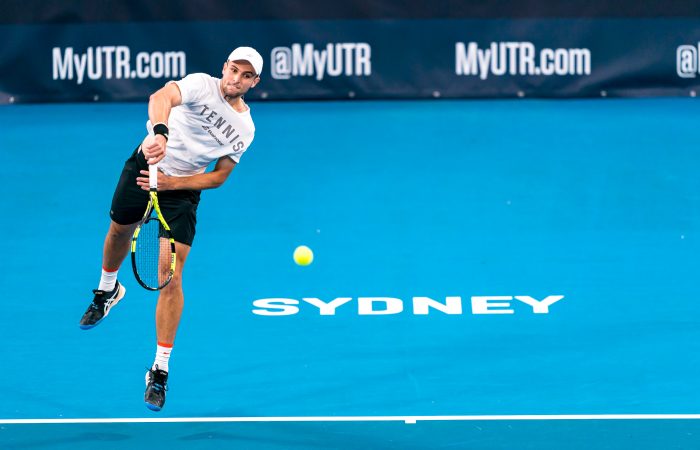 The 24-year-old Vukic extended his winning streak to seven matches with a 6-2 6-2 victory over Nikita Volonski in today’s men’s singles final at Ken Rosewall Arena.

Vukic dominated on serve in the 81-minute final, not dropping a service game and only allowing Volonski to win nine return points.

Vukic, who was the top seed in the event with a UTR of 14.76, improves his series record to 10 wins and a single loss.

“I’m honestly glad to be back on court and doing what we love to do,” Vukic said earlier in the series. “That’s our job, so it’s good to be back out there.”

Destanee Aiava’s enjoyment is showing in her results too.

Bozovic, making her third final appearance in the series, held two set points in the opening set tiebreak. Aiava had too many answers though, with her heavy hitting helping her clinch a 66-minute first set.

The 21-year-old Bozovic took her chances in the second set, refusing to give in and levelling the match.

A tense match tiebreak followed, with neither player able to build an early advantage. Bozovic saved two match points – one with incredible retrieving in a 37-shot rally. Aiava won a third though, sealing victory in two hours and 35 minutes.

The top-seeded Aiava, who has a UTR of 12.28, has now won nine consecutive matches across the series. She won a title in Melbourne in early July and claimed the two most recent Sydney events as well.