Barty and top Queenslanders raise the roof in Cairns 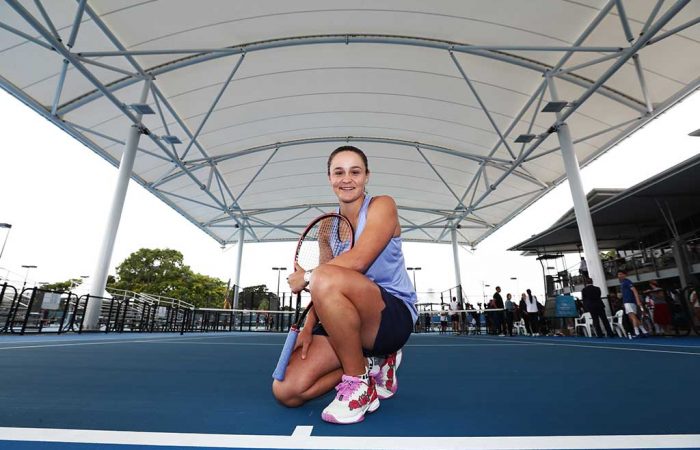 Ash Barty today hit the first ball under the new roof at the Cairns International Tennis Centre, which is lauded as a game-changer for tennis in north Queensland.

“It’s incredible. I haven’t actually been up here to play at this tennis centre before, so it was nice to come up and to see the roof,” said world No.1 Barty, who was joined by fellow Queenslanders John Millman, Lizette Cabrera and John-Patrick Smith in officially launching the new roof.

The superstar players are delighted that the structure, which covers centre court as well as four hot shots courts, will have such a positive impact on tennis in the region.

“It’s going to do massive things – not just for professional tennis but also for grassroots tennis and I think that’s the ultimate goal and what the investment was for, was to help tennis through all ages and all levels,” Barty commented.

“I think it’s brilliant and I’ve been so impressed throughout my stay here in Cairns,” said the world No.43.

“And I think it’s culminated perfectly with the opening of the new roof here at the tennis centre. It’s really important, especially here with the inclement weather.

“I heard it gets pretty hot up here in Cairns … so it’s always nice to have a bit of shade also.”

Cabrera and Smith, who each grew up in Townsville and competed often in Cairns as juniors, were thrilled to return to the sparkling facility.

“You know, this facility, you’ve got a great two-storey clubhouse, obviously a roof, a lot of courts here, a gym. I really think Cairns has some really good events coming up in the future,” said Smith. 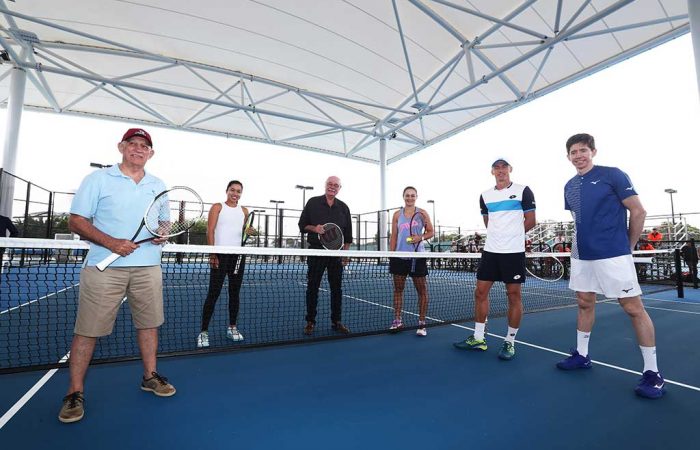 The redevelopment of the Cairns International Tennis Centre roof structure has been a $2.7 million project funded through the Federal Government’s Building Our Future Regional Jobs and Investment Package (RJIP) to the value of $997,000, with Council contributing a further $1.7million to the project.

With Barty and her colleagues also taking time to hit with young players and sign autographs, Manning was thrilled to welcome the role model athletes to Cairns.

“We love having people like that come to Cairns but they’re such great ambassadors – for all people. The young ones, they take that seriously and that’s a big part of the game, being a nice person,” Cr Manning said.

The roof is expected to help ensure tennis can continue to be played during the wet season and from the sun on some of the harshest days.

Barty noted there were many benefits to the upgraded facility. “When you have a roof,  it brings a whole different dynamic to professional tournaments. Obviously it gives you the cover, if the weather is a bit iffy, it gives you kind of that trust in that tournament, knowing that you’ll be able to get through it,” she said.

“Also for kids, it’s also about sun safety when you’re younger. It’s incredible to have the roof here, to have the investment, have the infrastructure brought in with the government and with the Cairns council is incredible.”