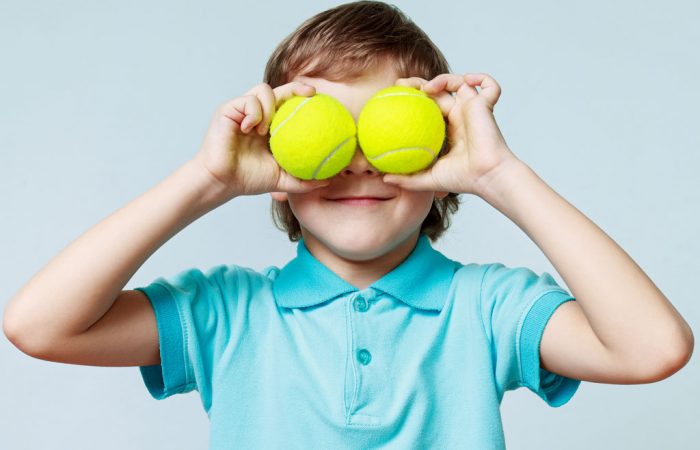 Throughout Australia, tennis “courts” have been springing up in lounge-rooms, bedrooms, garages, backyards and even hallways.

Lines and nets can be constructed by anything from boxes to cushions and even drawings, while usual racquets and balls might instead be the handiest equipment available.

It may not be the most traditional way to experience the game but as children across the country joined in the Home Court Tennis initiative, they also discovered many ways to participate.

While providing plenty of fun for kids, there is also a strong skills element to HomeCourtTennis, which was recently launched to teachers and coaches.

In the first “Games-making” phase, primary school aged children were encouraged to create their own versions of a tennis game. While encouraging activity, the initial stage also helped students develop creativity, imagination and problem-solving.

The second Fundamental Movement Skills phase helps form the foundation of movement skills that will benefit children over the course of their lifetime.

Some of Australia’s greatest players can remember playing their own form of HomeCourtTennis. John Fitzgerald, for example, loved to hit against a wall with a little wooden bat when he was growing up on a farm in South Australia.

There’s no place like home for fun and games …

For John Fitzgerald, the wall was the ultimate practice partner. With the launch of #HomeCourtTennis to help teachers and coaches keep kids active, the Aussie legend is encouraging young players to create their own games. pic.twitter.com/uKxOifk3RK

“The game I played was all based around a rally and my opponent was the wall,” said Fitzgerald, who grew up to become a Grand Slam champion and Australian Davis Cup captain. “I tried to get as many (shots) as I could against the wall without missing.

“I got over a couple of hundred after a while and finally one day I broke the thousand barrier. That was a big day for me.”

Fitzgerald and another Australian favourite, John Millman, are among the guests in the final episode of a Facebook Live series exploring HomeCourtTennis.

The past and present players will be joined by Jay Deacon from Tennis Australia Coach Development and Associate Professor Steven Rynne from the University of Queensland.

You can join the HomeCourtTennis live conversation at facebook.com/TennisAustralia at 7.30pm on Tuesday.