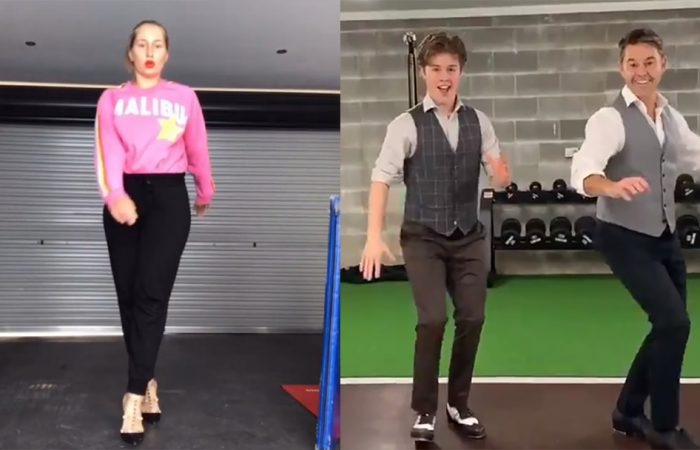 As Australia’s top-ranked players continue to be socially responsible and stay at home, we check in to see what is keeping them busy in isolation …

Kyrgios shared the love with Thanasi Kokkinakis too:

Australian coach Darren Cahill is volleying with his family:

John Millman is hooked on television series The Test:

First takeaway from @thetest_amazon is that Justin Langer is someone I’d love to play for. Works hard, sets standards and I love how he’s willing to ask and accept honest feedback.

Gotta always have my racquet with me these days and air swing time to time, to make sure people know I play tennis #tracksuitlife #quarantinebutmakeitfashion

Woke up to the news I have my own @lego man!!! I think they nailed my fivehead.. Thanks @wwos @lego #lego #ausopen #wheelchair pic.twitter.com/CXOZNnUfws

Her dance lifts with fiance Luke Saville need some perfecting though: