A focus on wellbeing is helping players adapt to their unprecedented circumstance of a dormant professional tour. 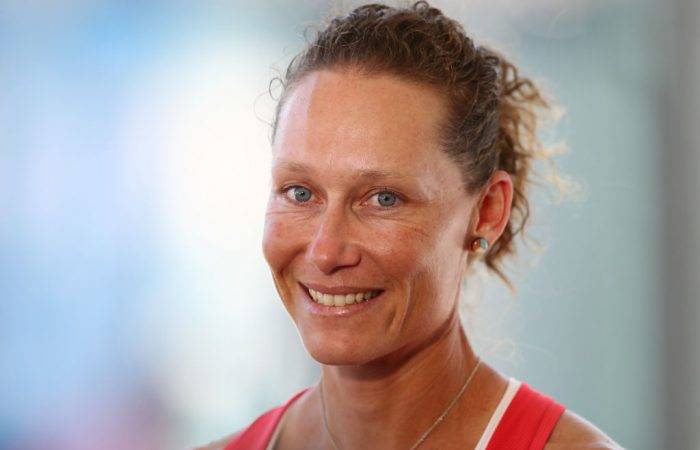 If there’s one quality a professional player will regularly call on throughout their tennis careers, it’s resilience. At an unprecedented time in the sport and wider world, that quality has never been more important.

“All the skillsets that make up a professional athlete are going to be called upon – it’s just in a different environment,” explains Ben Robertson, Tennis Australia’s National Manager of Wellbeing, of the tennis shutdown created by the COVID-19 pandemic.

“How to have successes, how to deal with losses when they’re playing is no different to now. How to manage the day-to-day small wins versus getting a few knock-backs along the way.

“There’s no great difference in the mentality and mindset that they bring to tennis. This still has to drive them but unfortunately there’s no tennis to play.”

But while players are unable to travel or compete at this time, they can draw on the resources and networks that also provide support while the tour is active.

That extensive support network includes Robertson, who is in daily contact with Australian players – some directly and others through a team of coaches – to help them navigate their dramatically altered professional circumstances.

“Week one and two were a bit of a novelty in some ways,” says Robertson. “From here on in, it’s like ‘Woah, this is what it’s going to be like for the next two or three months,’ so having some plans in place is critical.”

Robertson notes how many players are adapting well to the unique situation. He points to Sam Stosur and Storm Sanders as positive examples of players who are pro-actively drawing on available resources.

An existing foundation of wellbeing – which has been an increased focus for the Tennis Australia performance team in recent years – provides many benefits.

“Obviously this is a significant setback for everyone. The hiatus from competing may knock players off kilter, but having and working on the pillars of wellbeing – connection, mindfulness, learning, physical activity and giving – will give them a better perspective on the current situation.”

In the meantime, specific strategies can help players navigate their unexpected time off tour. Establishing routine and purpose, says Robertson, are two of the most important priorities for professionals accustomed to a structured life on tour.

“Having a routine is vital. Getting up at a similar time every morning to do some exercise, writing a daily to-do list, practising mindfulness and then ticking off their key actions for the day, would give them a sense of achievement,” he relates.

While daily routines would typically centre around the constant quest for professional improvement, Robertson believes that energy can be positively redirected.

“Instead of their focus being driven by tennis, it could shift to other areas of their life. Being a more attentive and present partner, son, daughter, brother, sister, neighbour or friend are just some examples.”

“I wouldn’t plan too far ahead because we don’t know where the finishing line is. I’d just be focusing on day by day, having little wins and enjoying those little wins,” he relates. “It might be that you’ve done a bike session, or you’ve done a successful mindfulness practice, or that you have connected with someone that you haven’t spoken to in a few weeks.”

Those connections are of course critical during this time of social isolation. And while many players remain in touch through social media, Robertson also urges athletes to use other means to keep connected.

He explains how Tennis Australia has adopted various initiatives to help this process.“We’re giving them some suggestions around online courses, some wellbeing activities. We’ve run a couple of events, such as a virtual bike ride with one of our coaches. We’ve had cooking sessions with Tennis Australia nutritionist, Jo Shinewell. Hopefully the players see this as an opportunity to continue to grow.”

Even as they endure arguably the most challenging period in the game’s recent history, there are several positives for players to tap into.

“I think one of the positives is just giving themselves a bit of time to tease out their identities away from the sport. Tap into the interests or hobbies that they may not get time for,” says Robertson.

Alongside that important personal development is a potentially greater appreciation for the bigger picture. It follows that practising gratitude is another focus.

As the National Wellbeing Manager notes: “It’s all about appreciating what they have got, instead of stewing over what they haven’t got or what they’re missing out on.”