Nick Kyrgios, John Millman, Alex Bolt and Alex de Minaur have all bowed out of the ATP 500 tournament in Acapulco, Mexico. 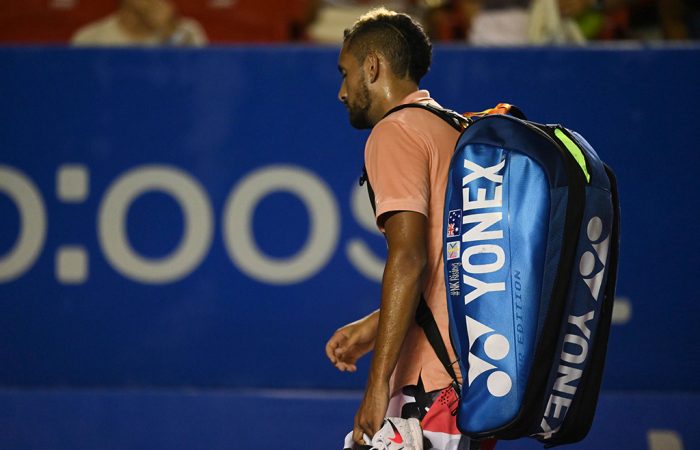 Defending champion Nick Kyrgios has succumbed to a wrist injury in the first round of the ATP tournament in Acapulco.

Facing Frenchman Ugo Humbert, the Australian lost the first set 6-3 before retiring from the contest.

It is the same injury that forced his withdrawal from last week’s ATP Delray Beach Open.

"My wrist is just not ready to play. I could feel it on every backhand. It's unfortunate after the memories I had last year…It's tough for me."#AMT2020 pic.twitter.com/cNJo7qudbO

Fritz goes on to play Humbert for a place in the Acapulco quarterfinals.

Bolt, a lucky loser entry into the main draw, lost 6-3 7-6(5) to Canadian Auger-Aliassime on Tuesday.

Teenager Auger-Aliassime, ranked 19th in the world, will now face England’s Kyle Edmund in the round of 16.

Bolt had been elevated to the main draw after fellow Aussie Jordan Thompson withdrew from the tournament with a neck injury.