Maddison Inglis earns a top 100 victory and enters the final in Burnie after straight sets win over Spanish second seed. 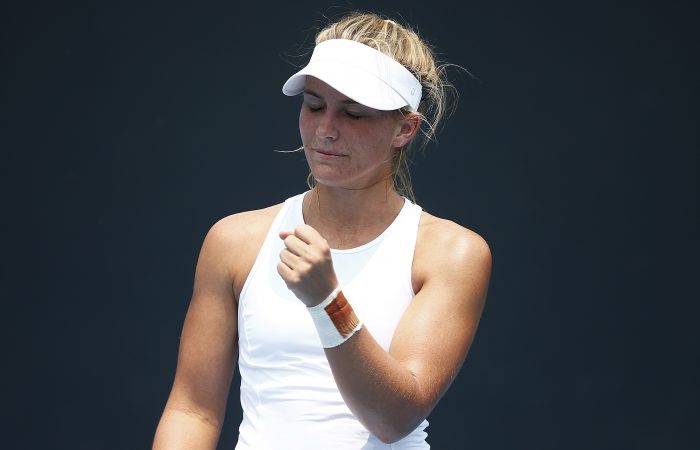 West Australian Maddison Inglis upset second seed and world No.95 Paula Badosa of Spain on Saturday to make her way to the Caterpillar Burnie International final.

After a rain-interrupted morning, the fourth seed put on an impressive display, staving off set points in both the first and second sets to take the match 7-5 7-5.

“I’m really happy to get the win,” Inglis, 22, said. “Every point was so close and I was able to control my emotions and stick with her.

“Honestly, I’ve been a bit surprised at my level this week. I’ve been pretty chilled and just excited to play.”

Inglis, the current world No.130, has set up a finals showdown against American fifth seed Sachia Vickery, who ended the dream run of teenage Aussie wildcard Ivana Popovic in straight sets, 6-4 6-2.

On the men’s side, Queenslander Jason Kubler was unable to continue his run with a 6-4 6-1 semifinal loss to No.10 seed Yannick Hanfmann. The German will now play top seed Taro Daniel of Japan in the final after his straight sets victory over Brit Jay Clarke.