It was a tough day for Aussie women at the Australian Open, with Ajla Tomljanovic, Priscilla Hon and Arina Rodionova all eliminated in the second round. 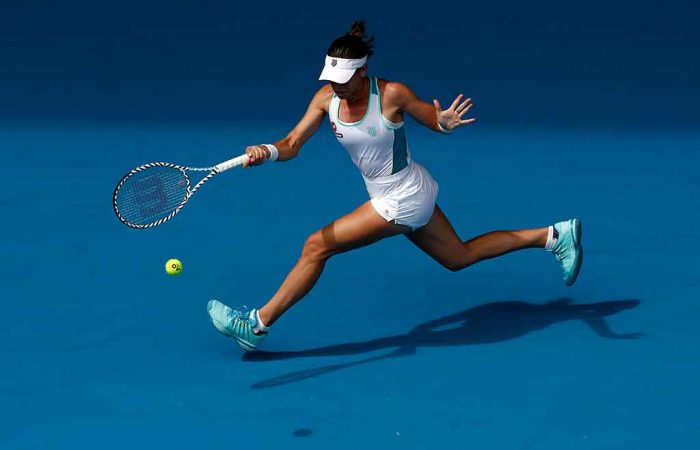 Ajla Tomljanovic has lost a tight three-setter against two-time major winner Garbine Muguruza in the second round of the Australian Open.

The pair were evenly matched for most of the contest, with Muguruza’s 34 winners, compared to 24 from Tomljanovic, helping determine the outcome.

“I thought I was in it until the last point was finished but it didn’t go my way,” the Australian No.2 said.

.@GarbiMuguruza marches onto round 3⃣!

In 2014, the 26-year-old Tomljanovic upset three higher-ranked players to progress to the fourth round ofd the French Open. Her career has since been hampered by serious shoulder injuries but the Australian achieved a career-high No.39 ranking in an impressive 2019 season.

“Playing a tough match with a player like Garbine does nothing for my confidence – I go out there expecting to win because I train for this,” she said.

“Winning would do something but at the same time I’m on the right path.

“Any week could be my week if I continue to play this sort of way and don’t get down on myself.”

It was a tough day for Australian women, with Priscilla Hon and Arina Rodionova also eliminated in second-round singles action.

Rodionova, who like Hon had won her first Australian Open main draw singles match this week, lost to No.9 seed Kiki Bertens 6-3 7-5.

World No.1 Ash Barty is the last remaining Australian woman in the singles draw. She plays No.29 seed Elena Rybakina in the third round on Friday.