The fast-rising Alexei Popyrin sets up a tantalising third round Australian Open 2020 clash, while Alex Bolt exits in a thriller. 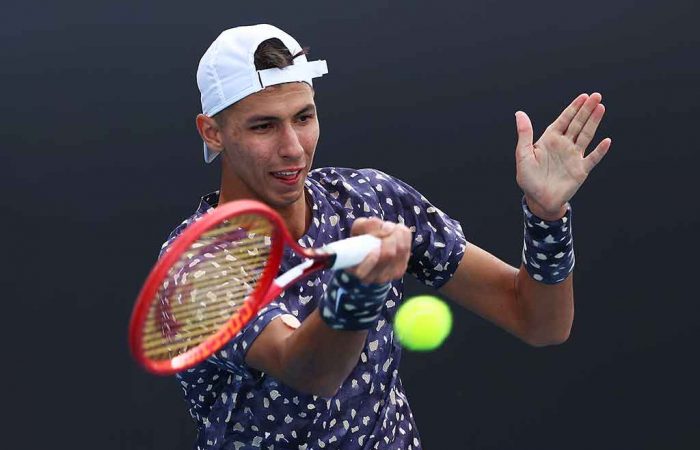 The impressive 20-year-old from Sydney needed just two hours and four minutes to get the job done against the Spaniard, hitting 51 winners in the process.

“I haven’t been broken yet this tournament so that’s a good thing for me,” said Popyrin who advanced to a mouth-watering third-round clash with Medvedev, who downed him in four sets last year at Wimbledon.

“I think I’m a better player now than I was at Wimbledon,” said Popyrin

“He (Medvedev) is one of the best players in the world. It’s going to be a great challenge for me. I’m really looking forward to it.”

All aboard the @AlexeiPopyrin99 train 🚆!

The news wasn’t as good for fellow Australian Alex Bolt.

Wildcard Bolt gave No.5 seed Dominic Thiem an almighty scare before bowing out in five sets in the second round.

Thiem was beaten at the same stage of last year’s Open by Popyrin.