Delighted to compete at a venue where he first dreamed of becoming a pro player, South Australian Alex Bolt is aiming to maintain winning progress at the Adelaide International. 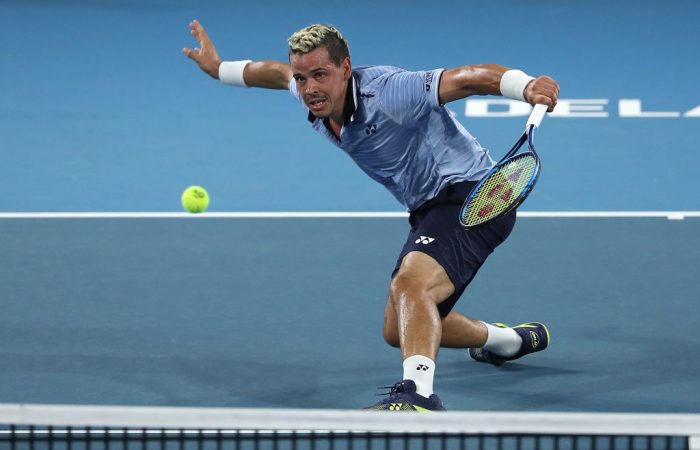 Thriving in the setting that inspired his professional career, South Australia’s Alex Bolt is aiming to back up a first-round win at the Adelaide International when he meets Jan-Lennard Struff at Memorial Drive tonight.

“It really is a dream come true, I grew up watching the old ATP tournament when it was here,” the 27-year-old told the official tournament website.

“So to be playing here as a pro is a dream come true.

“That’s the art of tennis really, you never really know what will happen.”

He grew up watching his idols on this court. And tonight, @abolt15 won on the very same surface…#AdelaideTennis https://t.co/OumrYPQ5eH

Bolt famously took a hiatus from tennis in 2016 and worked for a time as a manual labourer before returning to the game in 2017.

The left-hander recorded his best season in 2019, peaking at world No.125 after steady progress on the Challenger tour included a runner-up performance at Lexington.

His most memorable event was Australian Open 2019, where Bolt stunned former world No.8 Jack Sock in the opening round and saved four match points to progress past Gilles Simon – another former top-10 star – in a five-set marathon.

Bolt was originally scheduled to meet another Frenchman, Pierre-Hugues Herbert, in the first round of the Adelaide International but instead faced Robert after Herbert withdrew through illness.

Requiring an hour and 33 minutes to secure victory in Adelaide, Bolt was pleased with his recovery after a second-set lapse.

“I started well, but I’m pretty disappointed how my energy levels fell in that second set, but I’m very happy how I managed to bounce back in the decider,” he related.

Bolt’s second-round meeting with world No.37 Struff marks the pair’s first match on tour. The German defeated Salvatore Caruso, another lucky loser, to advance in Adelaide.

Next week Bolt with contest the Australian Open main draw for a fourth straight year, after he received one of the event’s remaining wildcards.