Reaching the second week at the Grand Slams is Ajla Tomljanovic's 2020 goal after a season she said gave her plenty of confidence in her game. 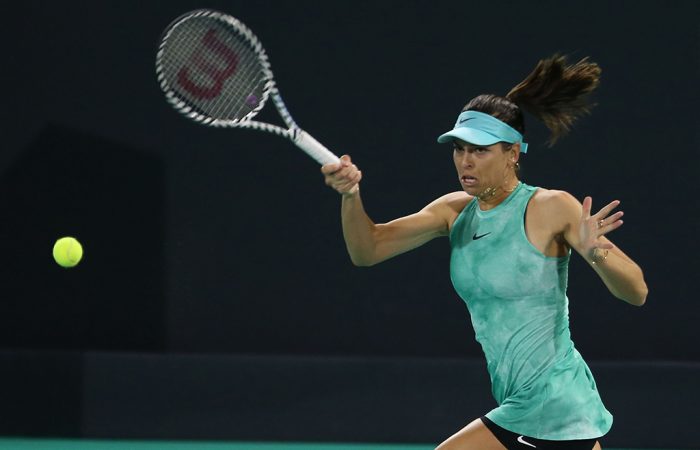 Deep Grand Slam runs are the goal for Ajla Tomljanovic, who knows why she is yet to climb into the world’s top 30 but is confident she can.

The powerful Australian will begin her year at the Brisbane International — where she reached the quarterfinals in 2019 — in a star-studded field the world No.51 believes she can match.

While hopeful of a good showing at her home event, Tomljanovic has made clear her main focus for 2020 lies in Melbourne at the Australian Open later next month.

“I’d like to push for second weeks in the slams and that would make my ranking better,” said Tomljanovic, who has a career-high mark of No.39.

“I don’t like to set ranking goals, just want to make a push in the bigger events.”

Working on her second serve and defence will complement a power game Tomljanovic knows can be successful.

“I go out on practice courts and I feel like I can get there but I’m realistic enough to know there’s a reason I’m (ranked) 50,” she said.

“I need to tick some boxes, but my belief is there and I see what I’m capable of, I just need to do it more consistently.”

The Croatian-born talent received a late approval to represent Australia in the Fed Cup final this year after thinking the door had closed on representing her adopted country at the teams event.

She bounced back from a heavy first-up loss to prevail in a must-win reverse singles rubber.

“It was like ‘you have to win’ so just dealing with all of that … with all the circumstances I was really proud of that,” she said.