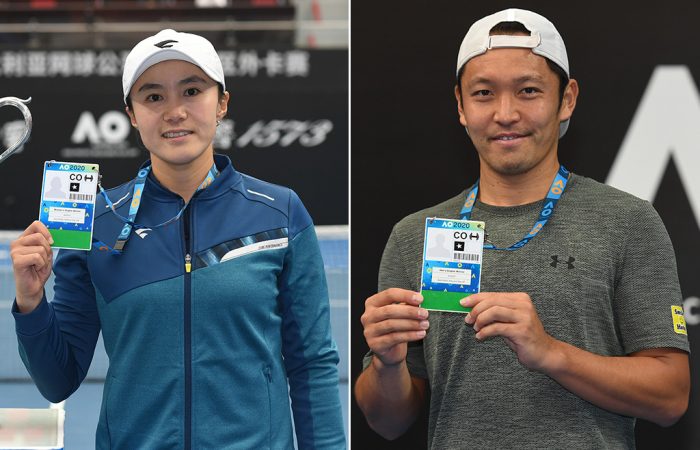 South Korea’s Na-Lae Han achieved the biggest victory of her career with a convincing win over No.2 seed Ayano Shimizu in the final of the Australian Open Asia-Pacific Wildcard Play-off on Sunday.

The world No.174 and the tournament’s top seed beat the Japanese player 6-2 6-2 to win a wildcard into the main draw of Australian Open 2020.

Han started strongly in the opening set, building a 5-1 lead with a triple break. Although the Japanese player offered some resistance, breaking back as the Korean served for the set, Han took the opener after saving four break points.

Shimizu broke early in the second set to lead 2-0, but the top seed quickly responded and did not lose another game.

“It’s the first time I played Ayano. I am really happy to win the championship and to capture the wildcard,” said Han.

The Korean earned her accreditation pass for Melbourne Park and the chance to compete in the main draw at Australian Open 2020.

On the men’s side, No.1 seed Jason Jung of Chinese Taipei faced the challenge from second seed Tatsuma Ito of Japan.

The Japanese broke early in the second set and held on to complete a 7-5 6-4 win.

“I really enjoyed this moment” said Ito after his win. “I moved through into the main draw after qualifying this year. It was very tough for me and my body. It will easier next year (smiling).”

Ito will earn his place on the courts of Melbourne Park for the second consecutive year.