Zhang Ze, the Play-off winner in 2015, falls in the quarterfinals in Zhuhai to Korean prodigy Duckhee Lee. 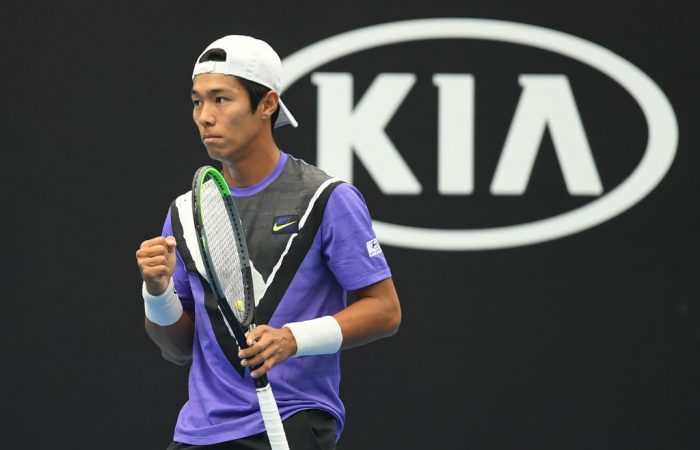 The Chinese broke early in the opening set to lead 2-0, but Lee quickly responded to level at 2-2 and finished strongly to take the first set.

Lee started strongly in the second set, building a 4-1 lead with a double break. Although Zhang offered some resistance, Lee finally won through to the semifinals 7-5 6-3.

Said Zhang after the defeat: “I am turning 30 years old, and I need to be as calm as possible on the court and focus on the match. My performance was not stable enough on the court.”

Awaiting the Korean in the semifinals is Jason Jung, who earned his place in the last four after a comfortable victory over Japanese qualifier Yuki Mochizuki 6-1 6-4 at the Hengqin International Tennis Center.

On the women’s side, Korean qualifier Sohyun Park bounced back in the final two sets against Chinese player Qianhui Tang to win 4-6 6-3 6-1 and take her place in the semifinals.

Next up for Korean is the No.2 seed, Japan’s Ayano Shimizu, who advanced to the last four after defeating her countrywomen Junri Namigata 6-4 6-1.

Meanwhile, Zhang had better fortune in the men’s doubles.

With Maoxin Gong, the Chinese pairing — and also defending champions — won through to the final after defeating Japanese unseeded duo Yuki Mochizuki and Sho Shimabukuro.

Last year’s winners will next face Korean partners Ji Sung Nam and Minkyu Song, who earned their place in the final after defeating Rhett Purcell and Jumpei Yamasaki 7-5 6-3.