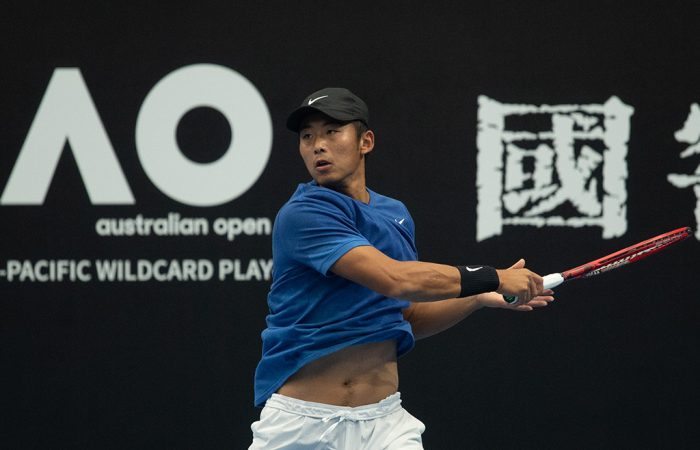 “I stayed positive on the court.” Zhang said after sweeping into the quarterfinals.

“I also like this event, it provides the opportunity for lower-ranking players to participate in a Grand Slam. I work very hard to prepare for AWP every year, because I enjoy it very much.

“I will try to stay as stable as possible and prepare for the next match.”

Awaiting the Chinese in the quarterfinals is Korean Duckhee Lee, who earned his place in the last eight after a convincing victory over Japanese qualifier Sho Shimabukuro.

Lee’s 6-2 6-1 win on Thursday sets up a second meeting between he and Zhang at the AWP.

On the women’s side, Tang Qianhui of China came back to beat No.8 seed Dabin Kim from South Korea 0-6 7-6(4) 7-5 to take her place in the quarterfinals. 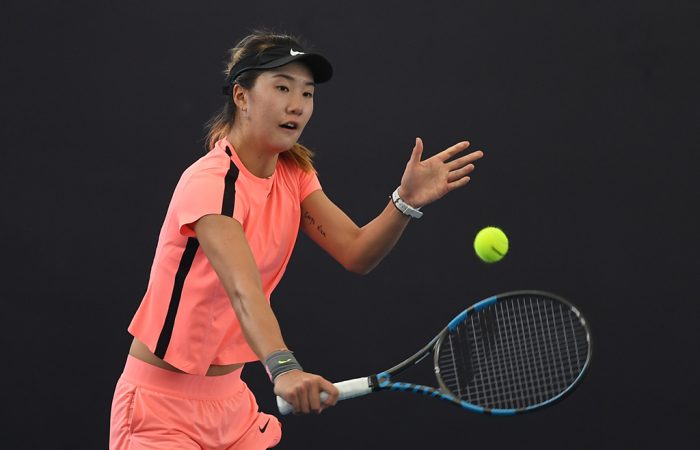 She will next face another Korean, Sohyun Park, on Friday, after Park beat No.3 seed Ya-Hsuan Lee from Chinese Taipei 6-4 6-1 at the Hengqin International Tennis Center.

Next up for Mochizuki is another opponent from Chinese Taipei in top seed Jason Jung, who advanced to the last eight after defeating the young Chinese player Jie Cui 6-3 6-4.

Next up for the victors are No.1 seeds, local favourites and last year’s winners Mao Xin Gong and Ze Zhang.