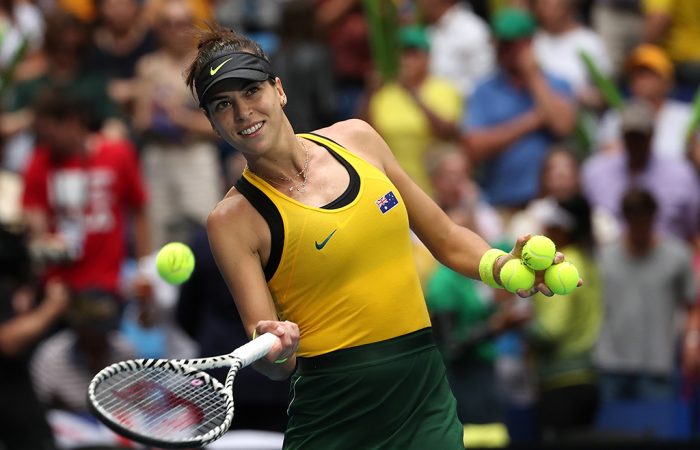 A consistent performer in 2019, Ajla Tomljanovic won more than 30 singles matches and debuted in the top 40 during a successful season.

The 26-year-old powered her way to at least the quarterfinal stage at five WTA tournaments, advancing to semifinals in Rabat and Zhengzhou and the final in Hua Hin.

She also became eligible to make her Fed Cup debut for Australia, and with those season results under her belt she was selected as Australia’s No.2 singles player for the final against France.

We recap Tomljanovic’s season highlights in the build-up to the 2019 Newcombe Medal, Australian Tennis Awards on Monday 2 December in Melbourne.