Australian Open 2020 singles and doubles wildcards are on offer at the Asia-Pacific AO Wildcard Play-off in Zhuhai. 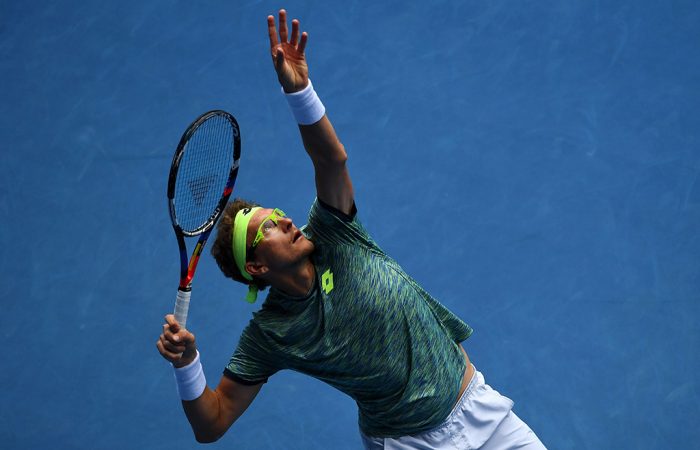 The Australian Open Asia-Pacific Wildcard Play-off will see more than 100 players from the region compete in Zhuhai, China from Tuesday 3 December to Sunday 8 December.

Men’s and women’s wildcards in both singles and doubles, plus junior boys’ and girls’ singles wildcards are up for grabs for the eighth consecutive year.

Denis Istomin from Uzbekistan, a former Play-off winner who went on to defeat Novak Djokovic in the second round of Australian Open 2017 in a five set thriller, will compete in the men’s field.

Duckhee Lee of Korea, a finalist in 2017, will join him as will Japan’s Tatsuma Ito, who is currently ranked No.126 in the world.

Last year’s runner up Ze Zhang and Jie Cui from China have been awarded wildcards into the men’s singles event.

On the women’s side, world No.180 Na-Lae Han of Korea will lead the field amongst Fang Ying Xun of China and Ayano Shimizu of Japan.

See the full field for each event, access to live streaming, live scoring and results during the tournament at www.ausopenwildcard.com.

Australian Open Tournament Director Craig Tiley said the Asia-Pacific Wildcard Play-off is an important part of the tennis calendar leading into the first Grand Slam of the year.

“The Asia-Pacific Wildcard Play-off is a key part of the Australian Open’s commitment to growing interest and visibility of the tournament throughout the region.

“The event is a fantastic opportunity for the region’s top players, whether up-and-coming, or more established, to win the chance to play at the Australian Open, which can lead to a major breakthrough in their tennis careers.

“We look forward to seeing who takes out these coveted wildcards in a couple of weeks and welcoming these players to Melbourne in January.”

“We’re delighted to host the Asia-Pacific Wildcard Play-off in Zhuhai for the fourth year in succession and are pleased with the strong field of players who have entered,” Gemmel said.

“It will be another week of outstanding tennis with some familiar names returning to compete as well as some new ones. We can see the playing group really values this tournament as a stepping stone to our Grand Slam.”