Astra Sharma and Priscilla Hon, both new to the Australian Fed Cup team in 2019, continue to learn and thrive under the wing of their experienced countrywomen. 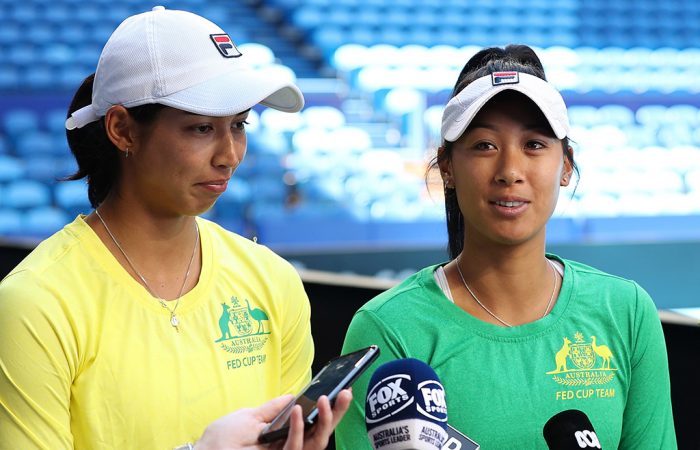 Season 2019 has been a year of invaluable learning experiences for Australian young guns Astra Sharma and Priscilla Hon.

Both have enjoyed breakout seasons on tour. Both have hit career-high rankings. And both have made their debuts in the Australian Fed Cup squad.

The chance to take to the court with illustrious countrywomen Ash Barty and Sam Stosur has been illuminating for Sharma and Hon, who have continued to hone their games for a possible call-up during this weekend’s final against France at RAC Arena in Perth.

Hon, who made a winning debut with Barty in doubles to help Australia beat the US in Asheville in February, has since gone on to qualify for five WTA main draws in 2019 and set a career-best ranking of No.118 in October.

Other highlights included advancing to the second round of the French Open and pushing No.14 seed Madison Keys to three sets – her best ever Grand Slam result – as well as notching a WTA quarterfinal in Seoul in September.

“Comparing when I first went to Asheville … the whole week (then) I was pretty nervous, every session trying to do my best,” Hon reflected on Thursday.

“Here we’re trying to prepare the best we can for our team to win on the weekend. We kind of know all the staff a bit better and the (other) players, so it’s always very comfortable.

“I grew up with Ash, since I was 12. I’ve always trained with her in the same place in Brisbane and I’ve always looked up to her – even when she had a break as well, we kept in touch quite a lot.

“It’s so inspirational for all of us, looking up to her and seeing what she can do and just seeing how professional she is every single day, it pushes us to want to do more.”

Barty, the team’s spearhead, comes into the tie as the world No.1 after a stunning year.

The Queenslander broke through for her first Grand Slam title at Roland Garros and capped the WTA season with victory at the season-ending championships in Shenzhen.

Sharma, the Perth-raised 24-year-old who peaked at world No.85 in June, echoed Hon when discussing Barty’s positive influence.

“With all Ash’s accomplishments this year, we’re all so proud of her,” she said.

“To be able to be on the same court and try and learn from her and see what she does, that’s an amazing opportunity, and I’m just really lucky to have that.

“I think she keeps it pretty down-to-earth, like she’s not one to kind of go around being bigger than she is – she’s just a very normal person and you just kind of relate to how she trains by just watching and observing.”

This time last year, Sharma was ranked No.225, yet she thrived in January, qualifying for the Australian Open and beating Hon in the first round to win her first ever Grand Slam main draw match.

After being selected for the Fed Cup squad to play the US in Asheville, she then advanced to her first WTA final in Bogota in April and subsequently earned direct entry into Roland Garros, Wimbledon and the US Open – a complete set of major appearances in her first full season on tour.

In addition to Barty, Sharma said that through Fed Cup she’d enjoyed the chance to get to better know another Grand Slam champion in Stosur.

“We play very similarly. She’s definitely someone I look up to and respect, and the fact she’s helped me a little bit, given me tips on court, several things, she’s just been a really good influence,” Sharma told tennis.com.au.

“Like today, on court, just learning about how she views the court, the spots to hit on volleys, how she plays different people – it’s just interesting the way she talks about tennis. Her tennis IQ is obviously super high.

“It’s a level up; I’m a bit more raw, and hearing that it makes me realise how much I can learn from her.

“I really just admire her and I think that’s been a big influence in how I’m trying to see my game and mold it, because she’s incredible, as a doubles player, a singles player, and there’s so much I can pick her brain about and learn from.” 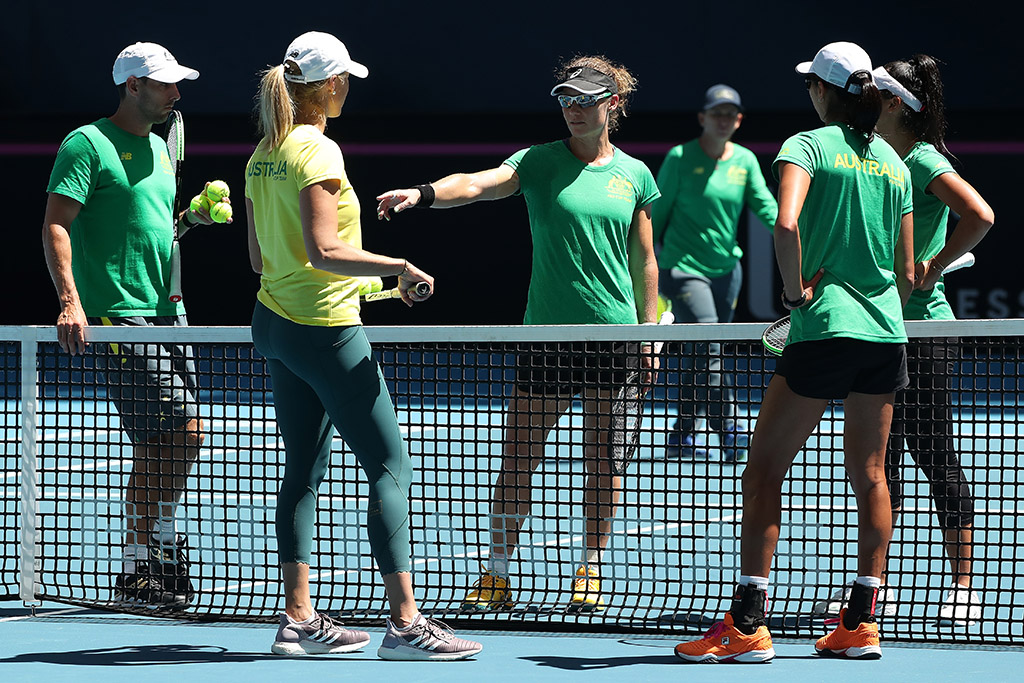