Alex de Minaur maintains his excellent European indoor season form with a first-round win at the Paris Masters on Tuesday. 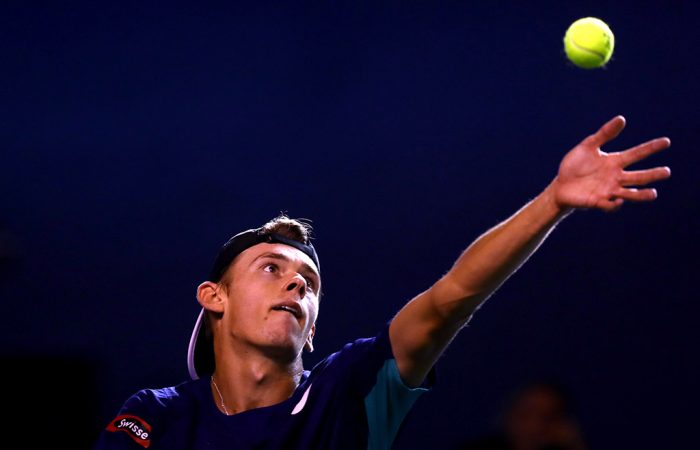 Alex de Minaur needed just 67 minutes to progress to the second round of the Paris Masters on Tuesday.

The 20-year-old beat Bautista Agut in the semifinals in Zhuhai in September en route to his third ATP title of the season.

THE DEMON 😈@AlexdeMinaur assesses his convincing opening win in Paris.
He faces @BautistaAgut tomorrow for a spot in the last 16.#RolexParisMasters pic.twitter.com/KSCjm94oDH

Despite being broken twice, De Minaur broke Djere five times throughout the match as well as winning 83 per cent of his first-serve points.

It continued his excellent run of recent form indoors in Europe; last week De Minaur advanced to the ATP 500 final in Basel before going down to Roger Federer.

The Australian has since risen to a career-high ranking of world No.18 and has won 10 of his past 13 matches.