Alex de Minaur rises to world No.18 after his impressive run to the final of the ATP 500 event in Basel, while Marc Polmans equals his career-high ranking. 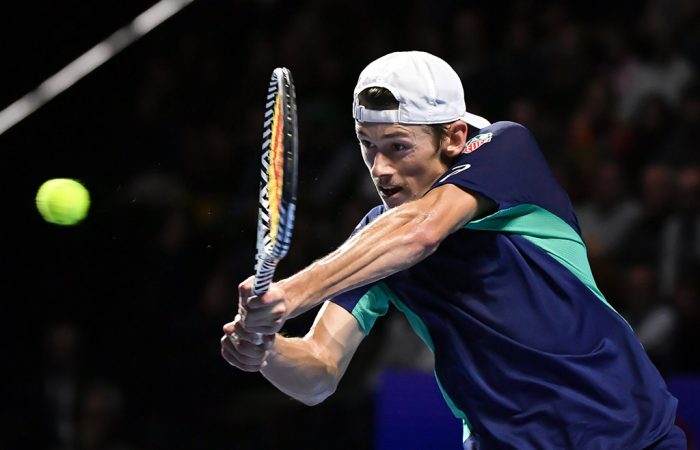 Alex de Minaur is the newest member of the world’s top 20 thanks to his run to the final at last week’s ATP tournament in Basel.

De Minaur, who won four matches at the Swiss Indoors before being stopped by Roger Federer in the final, jumped 10 places to world No.18.

It was the Sydneysider’s fourth ATP final of season 2019, which he began ranked No.31.

There were several other career-high rankings for Australian men this week, including Marc Polmans — who won his third career ATP Challenger title at Traralgon — and Andrew Harris, who advanced to the Traralgon final before going down to Polmans.

Harry Bourchier cracked the top 300 after reaching the third round at the same tournament.

This latest WTA rankings, for the week of 28 October, are yet to be made available.