Local Maverick Banes and West Aussie Maddison Inglis top the seeds as the 2019 Cairns International gets underway on Tuesday. 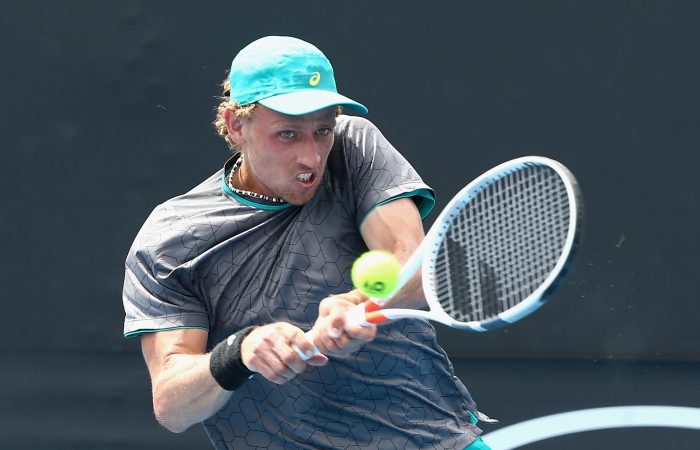 “It’s always nice to be playing back home in Australia, Banes, 27, said on the eve of the opening day’s play. “I’ve played here a few times, lost in the semis twice before, but I haven’t been here in a while. I always like coming back. It’s a good place and hopefully I can hang around and get a few wins.”

The Queenslander reached a career high world No.216 just over a year ago but has recently dropped outside the top 300. “I started the year really well,” he said. “But I had a few little niggles with injuries and then just haven’t won as many matches as I would have liked.”

“I’m looking to get a bit of confidence back this week and try to get a roll on. I feel like I’m hitting the ball quite well right now,” he added.

Not one to be flustered by the mantle of No.1 seed, Banes said it’s just a number on the draw. “There’s plenty of guys here that can play at a really good level. I don’t feel any extra pressure, I’m just going out there and focus on what I can do each day. Hopefully the rest takes care of itself.”

Banes will face wildcard Matthew Dellavedova in the opening round before a potential run in with South Australian Bradley Mousley, the No.8 seed, in the quarterfinals.

Thomas Fancutt (No.6) and Ukrainian third seed, Vladyslav Orlov, are also among the contenders in the draw’s top half, while beneath them, Brit Brydan Klein (No.2), and Victorians Matthew Romios and Dayne Kelly, a successful qualifier, look well-placed to push deep.

The women’s event is led by West Australian, Maddison Inglis, the 21-year-old the highest ranked player in the draw at world No.189. The top seed will be tested by teenager Gabriella Da Silva Fick in her first match before, if successful, facing the likes of American Asia Muhammad, the third seed, Japanese Haruna Arakawa (No.8) and Taiwan’s Hsu Chieh-Yu (No.5).