Barty back in action in Toronto

Ash Barty will return to the court for the first time since Wimbledon as one of six Australians in action this week at the Rogers Cup in Canada. 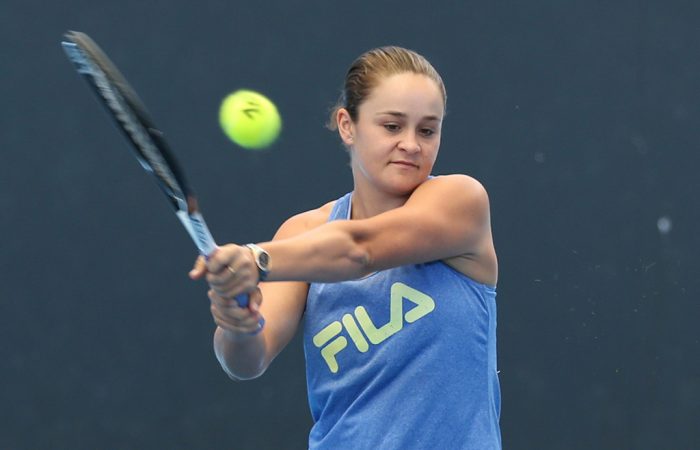 Ash Barty is the top seed this week at the WTA Rogers Cup in Toronto, one of six Aussies in action this week in Canada.

Barty is joined by countrywoman Ajla Tomljanovic in Toronto, while four Australian men — Nick Kyrgios, Alex de Minaur, Jordan Thompson and Bernard Tomic — will take to the courts in Montreal at the ATP Coupe Rogers.

As the No.1 seed, Barty receives a first-round bye, and in the second round will face the winner of the match between Sofia Kenin and Hsieh Su-Wei.

Should she progress, her opponent in the last 16 could be Victoria Azarenka, if the Belarusian navigates a segment of the draw containing 15th seed Johanna Konta, rising star Dayana Yastremska and Washington DC finalist Camila Giorgi.

Tomljanovic — who qualified after defeating Jana Cepelova and Christina McHale in straight sets — opens against another qualifier in Poland’s Iga Swiatek.

In Montreal, Washington DC champion Kyrgios could take part in a rematch of that DC final against Daniil Medvedev in the second round, should he get past Brit Kyle Edmund in round one.

Tomic beat Ernests Gulbis and fellow Aussie Marc Polmans in the qualifying rounds to take his place in the main draw, where he takes on No.10 seed Roberto Bautista Agut in the first round.

John Millman joined Tomic and Polmans in the final round of qualifying but fell in three sets to Korean Soonwoo Kwon.