Nick Kyrgios beats 11th seed Gilles Simon to reach the third round at the Citi Open in Washington DC, where he is later joined by Jordan Thompson. Alex de Minaur and Marc Polmans fell. 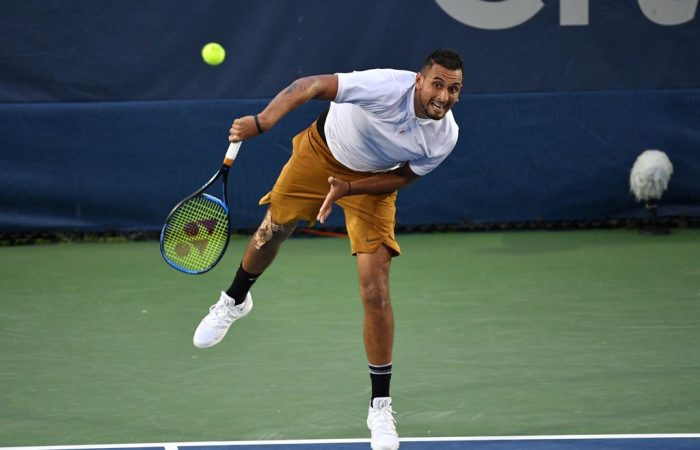 Nick Kyrgios marched into the third round of the Citi Open in Washington DC after a commanding 6-4 7-5 victory over Frenchman Gilles Simon.

The 24-year-old blasted 24 aces against Simon, the tournament’s 11th seed, during the 91-minute contest in what was the first meeting between the pair.

In the match that followed Kyrgios v Simon onto court, fellow Australian Jordan Thompson recovered from a break down in the third set to beat No.14 seed Jan-Lennard Struff 6-7(8) 6-4 7-5.

Kyrgios broke serve in the fifth game of the first set en route to winning it, and saved two set points trailing 15-40 to eventually hold for 5-5 in the second set. He won the match when Simon dumped a forehand into the net during the tiebreak.

“He’s an amazing competitor, been around a long long time, knows how to win tennis matches. I knew I had to serve well, be aggressive … I’m just happy to get through,” Kyrgios said.

The world No.52 is projected to rise to 46th in next week’s ranking and will face Japan’s Yoshihito Nishioka — who beat Belgium’s David Goffin in a third-set tiebreak — for a spot in the quarterfinals.

Thompson, meanwhile, trailed 2-0 in the final set before winning seven of the next 10 games to seal victory.

Kyrgios and Thompson — who next plays No.1 seed Stefanos Tsitsipas — are the last two Australian men left in the tournament. 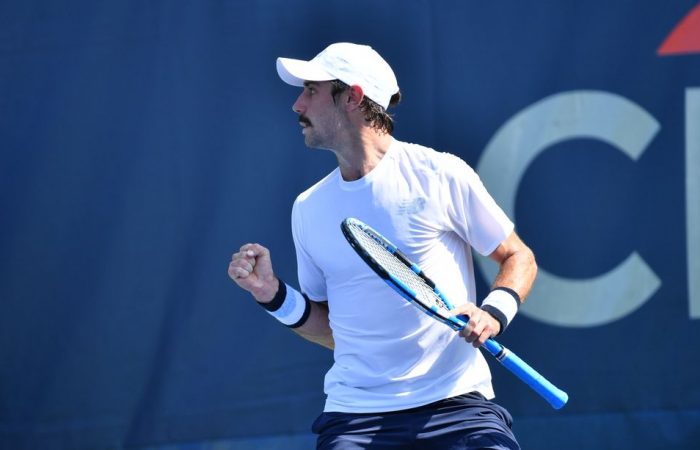 The loss comes after the 20-year-old De Minaur, ranked 25th, won the Atlanta Open on Monday.

De Minaur reached the final in Washington DC last year, and as a result his ranking is expected to drop to No.37.

Gojowczyk will face 2014 champion Milos Raonic, who booked a spot in the third round after beating American Tim Smyczek 6-1 6-4, a first-round victor over Australia’s Matt Ebden.

The world no.172 saved 11 break points in the two-and-a half hour slugfest, but Paire, who fired 26 aces, proved too strong.

In the third round Paire will face American John Isner, who defeated Pole Hubert Hurkacz 6-4 6-4.

World No.6 Tsitsipas got through by beating American Tommy Paul 6-3 7-5 to set up his clash in the last 16 with Thompson.