Two games from defeat, Thanasi Kokkinakis stages an impressive comeback to win through to the ATP Los Cabos quarterfinals. 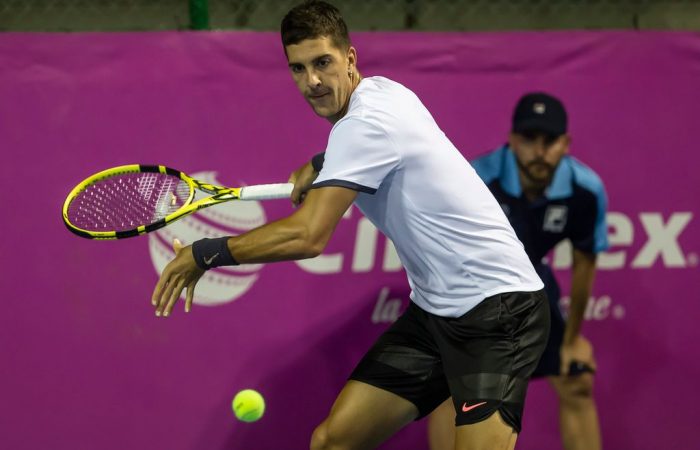 Thanasi Kokkinakis progressed to his first tour-level quarterfinal in two years thanks to a come-from-behind upset victory over Lucas Pouille.

Kokkinakis beat the fourth seed 2-6 6-4 6-3 to set up a clash in the last eight with Moldova’s Radu Albot.

NEWS: Kyrgios, Thompson into third round in Washington DC

Albot got past Taro Daniel earlier on Wednesday with a 6-1 6-2 drubbing.

The Australian was just two games from defeat when scores were at 6-2 4-3 in Pouille’s favour. Yet Kokkinakis broke the Frenchman in the ninth game before serving out the second set, and broke in the fifth game of the third to build an insurmountable lead.

“I mean… I love Mexico, I love this tournament and I’m very grateful with the fans. They’re the best!”

Kokkinakis’ last appearance in an ATP quarterfinal came at this very tournament two years ago, when he went all the way to the final.

Since then his career had been plagued by a succession of physical problems, including shoulder, knee and pectoral injuries after an abdominal strain sidelined him for almost five months in the first half of 2017.

This year he has been restricted to just five tournaments.

His first-round victory over Frenchman Maxime Janvier was his first tour-level victory since the Miami Open in 2018.

The former world No.69 has slipped to No.191, but with his quarterfinal run this week in Mexico he is expected to improve to around 165th — and higher should he go further at the 250-level hard court event.

Kokkinakis and Albot have never before played.