Peter McNamara is being remembered for his Grand Slam-winning career and lifelong contribution to the sport. 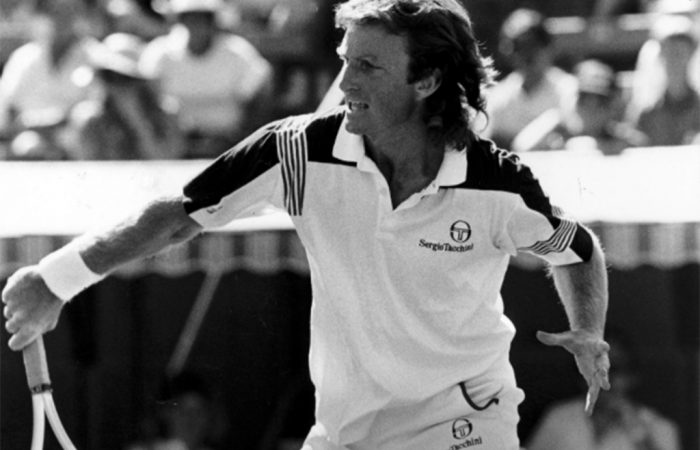 A gifted shot-maker who achieved a top-10 ranking in singles and climbed to world No.3 in doubles, Peter McNamara is being warmly remembered throughout the tennis world following his death from cancer at age 64.

While widely admired for his on-court flair, the Melbourne-born McNamara is arguably best known for his successful doubles partnership with Paul McNamee.

Known as the “Supermacs”, the duo claimed the 1980 and 1982 Wimbledon men’s doubles titles together, as well as the Australian Open in 1979. They were among 14 titles for one of Australia’s most successful tennis teams.

“He lived life to the fullest,” said McNamee of his former doubles partner and lifelong friend. “He was just great company. I mean, I was lucky to know him for over 50 years as a friend.”

There was also an impressive singles career for the talented Victorian, who collected five singles titles and peaked at world No.7 in 1983. He had career wins over Jimmy Connors and Ivan Lendl and achieved notable Grand Slam results – reaching the Australian Open 1980 semifinals and quarterfinals of both Wimbledon (in 1981) and the French Open (1982).

McNamee notes that the 1981 Hamburg title, when he defeated Connors in the final, was one of the high points of McNamara’s career.

“What he did in Hamburg that year when he beat Connors in the final was unbelievable, I mean the week after beating Lendl in World Cup is Dusseldorf,” said McNamee. “He just played unbelievably,

The rise in both singles and doubles was also a testament to McNamara’s stunning all-court style. “His backhand, you know, you should make postcards out of his backhand – it was just an incredibly aesthetic shot. There wasn’t a better backhand going around, certainly in term of its beauty,” McNamee said.

He was a member of the Australian team that completed a victorious Davis Cup campaign in 1986, winning singles rubbers against New Zealand in the first round before Australia’s win over Sweden in the final.

Suffering a serious knee injury soon after defeating Lendl to win his final singles title in Brussels in 1983, McNamara retired prematurely from professional tennis at age 28. A subsequent comeback to the sport, while short-lived, incorporated the cherished Davis Cup title and a return to the Wimbledon doubles semifinals.

McNamara’s contribution to the sport continued throughout his lifetime. Establishing the foundations for a successful coaching career at Tennis Australia, he went on to coach Carling Bassett, Mark Philippoussis, Grigor Dimitrov and Matt Ebden.

“He was a great coach, he did great work here at Tennis Australia as a coach, I mean tremendous work. Anyone who was coached by Macca could only say the most positive things,” said McNamee.

Most recently, McNamara guided Chinese player Wang Qiang from outside the top 100 to a top-20 ranking. Their four-year partnership took in Australian Open 2019, where the Australian characteristically kept his illness private.

“He was still trying to hit a few balls,” said McNamee, noting how that approach reflected McNamara’s overall passionate outlook.

“He was a tennis player who loved his life (and) loved his profession.”

The Australian died peacefully at his Germany home on Saturday evening with wife Petra by his side. He is survived by his four children and five grandchildren.

“He wouldn’t realise the outpouring of love that there’s been today,” said McNamee, who is overwhelmed by the positive thoughts that have flowed from many of the game’s most prominent figures.

“I’ve had hundreds of messages, you know from John McEnroe to Darren Cahill, to Wally (Masur) and Cashy, (Pat Cash). I could go on and on.”

Tennis Australia CEO Craig Tiley described McNamara as “one of the great people of our sport.”

“I always felt that he was in many ways invincible because of his life as a player and as a coach,” said Tiley, noting how McNamara continued to have such a positive impact as he extended his time on tour.

“If you read what they’re saying today, the care that he took of individuals and also the approach that he took to their development (made a difference),” said Tiley.

“There wasn’t player that he coached that didn’t improve. Everyone went to a different level after his work with them.”