No.3 seed Alex De Minaur is the highest ranked of five Aussies this week in Atlanta, while Jaimee Fourlis qualified in Palermo to join Daria Gavrilova in the main draw. 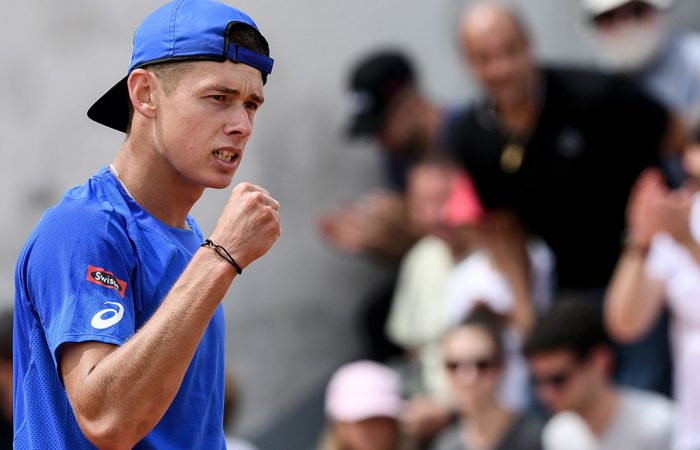 Alex de Minaur could face a fellow Aussie in the quarterfinals of this week’s ATP event in Atlanta.

De Minaur is one of five Australians in the main draw of the 250-level hard-court event, which traditionally marks the start of the North American hard-court swing leading up to the US Open.

As the third seed, De Minaur receives a bye into the second round, where he will take on either American Bradley Klahn or Marius Copil of Romania.

Should he win that, he would advance to the quarterfinals, where either Matt Ebden or Bernard Tomic could await.

Ebden and Tomic will clash in the last 16 if they get past Polish qualifier Kamil Majchrzak and No.5 seed Frances Tiafoe, their respective first-round opponents.

In the bottom half of the draw, Jordan Thompson is seeded seventh and opens against Brit Cameron Norrie.

In Thompson’s quarter of the draw is countryman Alexei Popyrin, who faces Denis Kudla for a shot at fourth seed Pierre-Hugues Herbet.

Thompson and Popyrin are on track to meet in the quarterfinals if they win their first two matches.

Fourlis beat Spain’s Georgina Garcia Perez 6-3 6-3 in the final round of qualifying after a day earlier trailing 5-3 in the third set and saving three match points to beat Anna Bondar in a final-set tiebreak.

It is the second week in a row that Fourlis has qualified for a WTA tournament; last week she won three matches to reach the main draw in Bucharest, and won her first-round match before losing in the last 16 to No.2 seed Viktoria Kuzmova.

In Palermo, Fourlis plays lucky loser Liudmila Samsonova in the first round while Gavrilova will battle No.8 seed Jil Teichmann.