The 2019 Australian Teams Championships have come to a close on the Gold Coast with WA, NSW and Japan claiming titles. 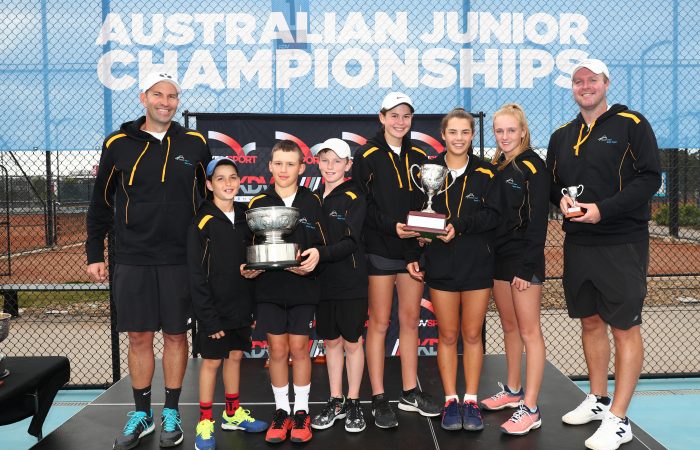 The 2019 Australian Team Championships have come to a close, with Western Australia proving a dominant junior force and claiming two of the four titles up for grabs in the 11/u boys’ and 13/u girls’ events.

The national junior teams event saw more than 100 of the best 11/u and 13/u junior tennis players from Australia and Asia Pacific compete in the five-day tournament at KDV Sport on the Gold Coast this week.

Other title winners included New South Wales (NSW), who won the 11/u girls title and Japan who defeated NSW to win the 13/u boys’ title and lift the Rod Laver Cup.

The event has been a traditional launching pad for juniors who have reached the highest level of the sport. The new world No.1 Ashleigh Barty and Australia’s top ranked male Alex de Minaur have both competed in the teams’ event during their junior careers.

“The two teams from Western Australia were unstoppable this week here on the Gold Coast,” Tournament Director Francis Soyer said.

“It was particularly exciting to watch the 13/u girls’ team featuring Taylah Preston, Jessie Culley, and Lily Fairclough who didn’t lose a match during the event. They are definitely one’s to watch as they progress up the junior ranks.

“New South Wales also had a fantastic tournament with their 13/u boys’ advancing to the final and winning the 11/u girls’ title.

“We’ve seen a really high level of competition this week despite the challenging weather but the cooperation of the players, KDV Sport, our staff and officials allowed us to finish the week successfully,” Soyer added.