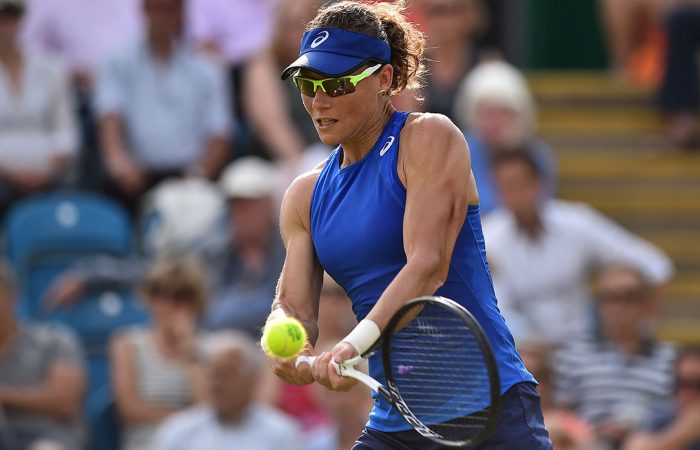 Sam Stosur’s winning run in Eastbourne is over, beaten by reigning Wimbledon champion Angelique Kerber in the second round.

The 35-year-old Australian entered the match on a three-match winning streak, having qualified then upsetting world No.28 Sofia Kenin in straight sets earlier in the day.

But the No.5-ranked Kerber proved too strong, winning 6-4 6-4 to set up a third-round clash with Swede Rebecca Peterson.

Stosur was the last Australian singles player at the tournament after compatriot Daria Gavrilova was ousted by Zhang Shuai, while John Millman bowed out earlier in the week and Ash Barty withdrew due to injury.

Stosur and Zhang, the reigning Australian Open champions, remain in the doubles draw. They play their first round match on Wednesday.