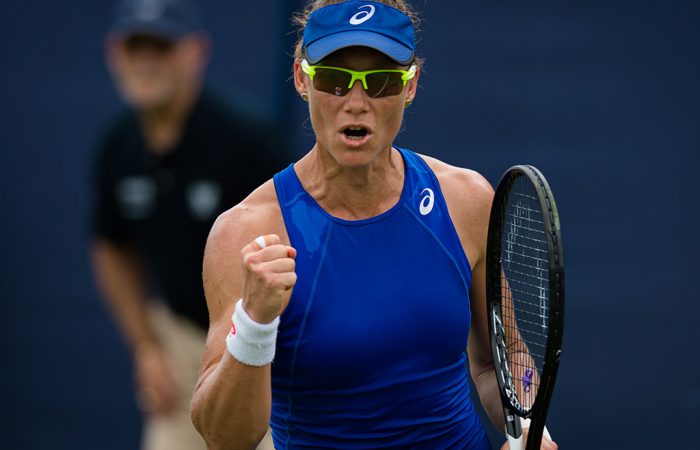 Sam Stosur has won through to the second round of the Nature Valley International after a decisive display against Sofia Kenin.

Stosur, a qualifier into the main draw, won her third straight match in Eastbourne thanks to a 6-2 6-3 win over Kenin in 71 minutes.

Her serve was not broken for the entire match; she saved all three break points she faced.

It was an especially notable performance given Kenin has just last week won the WTA grass-court title in Mallorca and, at No.28, is currently ranked more than 100 places higher than the Australian.

In a big day for Stosur, she will return to the court later on Tuesday to face fourth seed and reigning Wimbledon champion Angelique Kerber.

She will also play doubles with Zhang; as the second seeds, they take on Aryna Sabalenka and Dayana Yastremska for a place in the quarterfinals.

Zhang beat another Aussie, Daria Gavrilova, 6-3 6-1 in the second round of the singles on Tuesday.

Gavrilova, a lucky loser into the main draw, on Monday got past Viktorija Golubic in a third-set tiebreak.