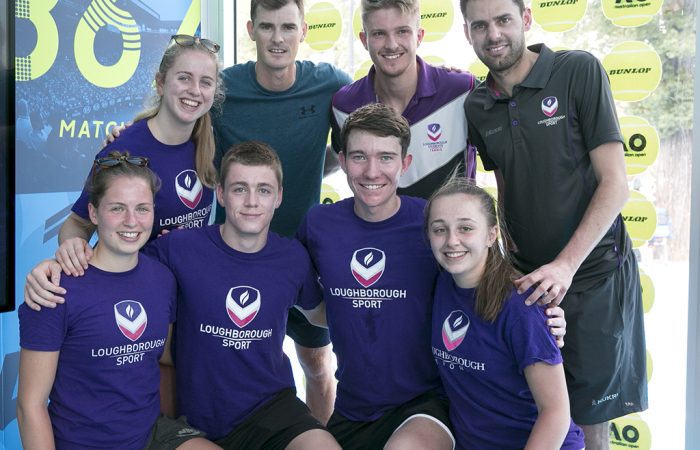 Eight universities from around the world will send teams to Chengdu, China in 10 days’ time to compete in the second edition of The Belt and Road Chengdu-Australian Open University Tennis Championship at the Sichuan International Tennis Centre from 1 to 7 July 2019.

Featuring some of the best university level tennis players from around the globe, universities enter a team of men and women to  compete in a round-robin competition across singles, doubles and mixed doubles events. The champions will win an all-expenses paid trip to Melbourne for the Australian Open in January, 2020.

The Australian Open has long been known as the Grand Slam of Asia-Pacific and last year Tennis Australia partnered with the city of Chengdu to launch The Belt and Road Chengdu-Australian Open University Tennis Championship to  boost the presence of Chengdu on the sporting map.

A group of talented @LboroTennis students were given the opportunity to watch the @AustralianOpen and even meet @Andy_Murray.

Chengdu is the capital of the Sichuan province and is home to more than 16 million permanent residents. It is known as the gateway to China’s far west and praised as “the land of abundance.”

Chengdu is not only the centre for science, technology, commerce, trade and finance, a hub for transportation and communication in southwest China, and a vibrant and sports-loving city.

Chengdu has attracted countless tourists due to its relaxed vibe, unique cuisine and status as the Panda capital of China.

The team enjoyed a trip to the Australian Open in January where they experienced all the on-court and behind the scenes action including coaching clinics and meeting six-time Grand Slam doubles champion Jamie Murray and Australian tennis legend Mark Philippoussis.

This year teams from the following universities will compete in The Belt and Road Chengdu-Australian Open University Tennis Championship:

Tennis Australia Chief Revenue Officer Richard Heaselgrave said the organisation was delighted to see such a high calibre of universities participating in the event.

“After the success of last year’s inaugural competition, we’re looking forward to growing on the foundations and developing tennis in the Asia-Pacific region, particularly in Chengdu and further cementing this event firmly on the tennis calendar,” Heaselgrave said.

Vice Director of the Chinese Tennis Association Huang Wei is also very much looking forward to the second event.

“The success of The Belt and Road Chengdu-Australian Open University Tennis Championship has further enriched the connotation and denotation of the tennis event system,” he said.

“We look forward to the arrival of the eight teams and hope that more young college students will come to Chengdu to exchange ideas, experience the Chinese culture and understand Chengdu, contributing to the promotion of cultural, sports and economic exchanges in all countries along the Belt and Road.”