Jordan Thompson wins a three-set battle over Canada's Vasek Pospisil to move into the Chengdu Open second round. 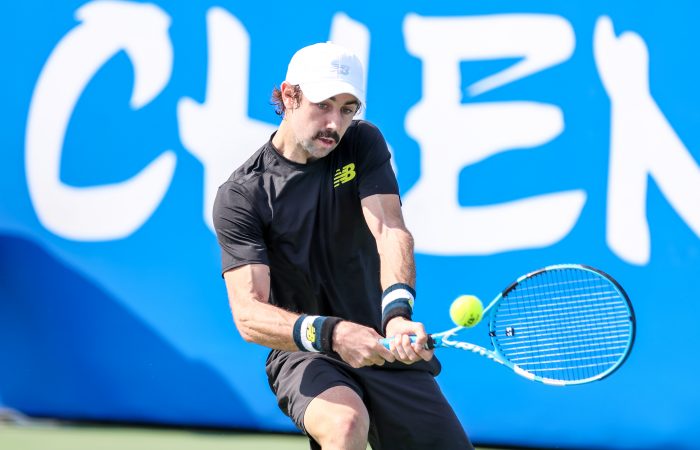 Jordan Thompson is into the second round at the Chengdu Open.

It sets up a meeting with Kazakhstan’s Alexander Bublik, who upset sixth seed Taylor Fritz 4-6 7-5 7-5.

Victory over the No.71-ranked Bublik would send Thompson into his sixth ATP-level quarterfinal of the season.

Italian Andreas Seppi recorded a 7-6(5) 6-1 win over Nick Kyrgios in the opening round in Zhuhai.

The sixth-seeded Australian admitted a shoulder injury impacted his performance.

“I was playing well in the first set, I was obviously up a break serving for the set and… I was obviously struggling a lot. I’m serving usually somewhere around the 230 kilometres per hour mark and I wasn’t even able to crack about 180,” Kyrgios said.

Kyrgios told reporters he may take some time off to rest the injury, but was determined to recover in time for the Davis Cup finals in November.

Alex de Minaur is the last Australian remaining in the Zhuhai draw. The 20-year-old faces former world No.1 Andy Murray in the second round. Earlier this week, Murray recorded his first ATP-level singles win since undergoing career-saving hip surgery.