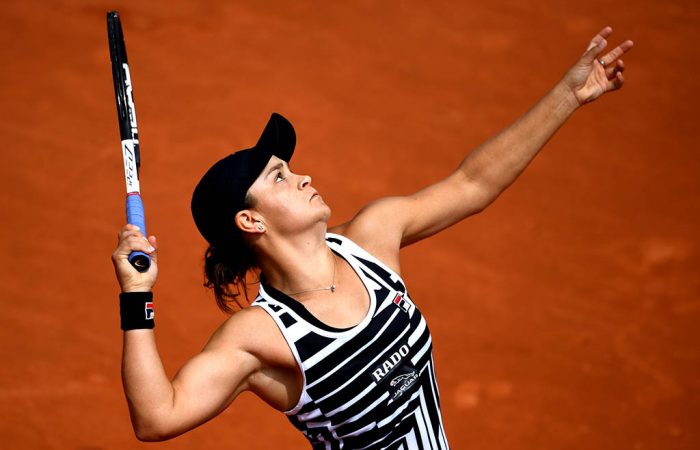 Australian No.1 players Ash Barty and Alex de Minaur both made short work of their first-round opponents at the French Open on Monday.

Sam Stosur later made it three Aussie winners on day two, to add to Alexei Popyrin’s victory on day one, as she saw off Czech Barbora Strycova 6-2 7-6(3).

Former finalist Stosur will next face Russia’s Ekaternia Alexandrova, the world No.58.

“Maybe Roland Garros brings out the best of me,” Stosur said.

“It’s not something you know is going to happen but it proves that prior results don’t mean that the first round (of a Grand Slam) is going to be an exit.”

Astra Sharma could not make it a clean sweep as she went down 6-3 6-3 to American Shelby Rogers.

It took exactly one hour for Barty to see off Pegula, although the Aussie did not have it all her own way as the world No.72 broke serve three times.

DOKIC: ‘Barty ready to be a contender’

However, Barty proved too strong as she reeled off the closing three games to set up a second-round meeting with American Danielle Collins, who beat Tatjana Maria of Germany.

“A little bit scratchy, but solid enough when I needed it,” was how Barty described her opening effort. “And I think overall, for not knowing Jess overly well, was able to figure it out when I needed to.

“There were moments in the match when it was tighter, but I was able to be really solid again and do the basics well.”

De Minaur, on the comeback from a groin injury, broke a five-match losing streak with his first on clay this season.

“It hasn’t been easy, and I really felt like I needed a win just for me personally and mentally,” said De Minaur.

“I did everything that I had to do for the last couple weeks and things hadn’t really gone my way, but it’s good to see the results finally get back. And to be back 100%, that’s the main thing.”

De Minaur conceded he had struggled with his first serious injury earlier this year but was confident things were in order ahead of his Roland Garros tilt.

After a nervy first game – he started with a double fault and saved the only two break points against him all match – De Minaur rifled a forehand winner and didn’t look back in the one hour 42 minute clinic.

The right-hander’s quality return game was back as he chipped away at the world No.89’s sliding serve, contributing to 45 unforced errors and 31 forced errors.

De Minaur, who made just 20 unforced errors to go with 20 winners, will play Carreno Busta in the second round after the Spaniard knocked off Joao Sousa 6-3 6-1 6-2.