Barty ready to be a contender, says Dokic 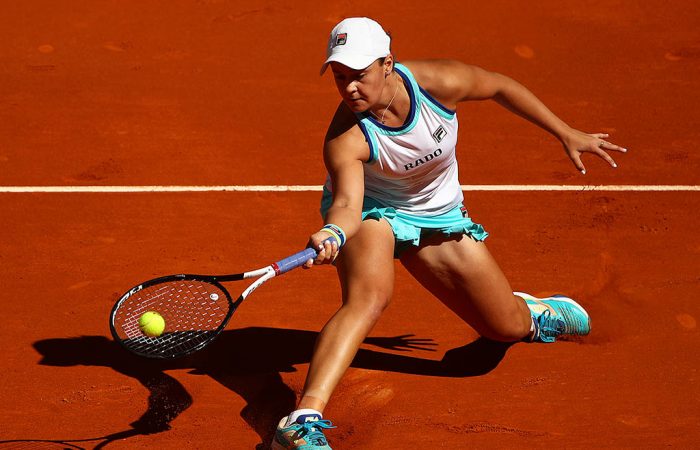 Australian No.1 Ash Barty has the game and the confidence to land a Grand Slam singles title in the coming years, according to former world No.4 Jelena Dokic.

Barty opens her French Open campaign against American Jessica Pegula in Paris on Monday, with the Australian seeded at a career-high No.8.

“I definitely see her as a Grand Slam contender,” said Dokic.

“I‘m not sure if she’s going to win one this year, maybe, but she’s definitely a favourite to win one in the next couple of years.”

The 23-year-old Queenslander made a stellar start to 2019 that saw her reach a first Grand Slam singles quarterfinal in Melbourne, followed by winning the biggest title of her career at the Miami Open.

Barty is also the only woman ranked inside the top 10 for both singles and doubles (No.8).

“She had a huge breakthrough at the Australian Open, and also to win Miami,” added Dokic.

“That’s such a huge title, probably the biggest one outside of the Grand Slams, so I think that was really important, and for her to be eight in the world and get a really high seeding at the Slams helps.

“It’s been exciting to see her develop over the last two or three years. She’s always had that potential and she’s still so young. It’s great to see her doing well because she’s one of those players you don’t get to see so often.

“She has such an incredible skill level, she’s such a smart player, uses the court so well, she’s moving so well, fit, very confident.”

Thirteen Australians made it into the singles draw at Roland Garros, and Alexei Popyrin got the campaign off to a winning start against Frenchman Ugo Humbert on Sunday.

“To have so many players in the top 100 and getting direct entry into Grand Slams is really exciting,” said Dokic. “I think Australian tennis is definitely on the up.”

Dokic reached the quarterfinals in Paris 17 years ago and won WTA titles on grass, hard and clay courts, so knows the special qualities need to proper on the slowest of the surfaces.

“You have to be ready to play the long points, to grind it out, so being really fit helps,” she said.

“It’s one of the toughest Grand Slams to win. Australians don’t grow up on clay, although there are more and more clay courts available now, but you just have to be ready to grind out the points and the matches.

“You also have to enjoy it at the same time because it can get quite tough out there.

“There are some surfaces we don’t enjoy as much as others but it’s all about taking it in your stride and doing the best that you can.”